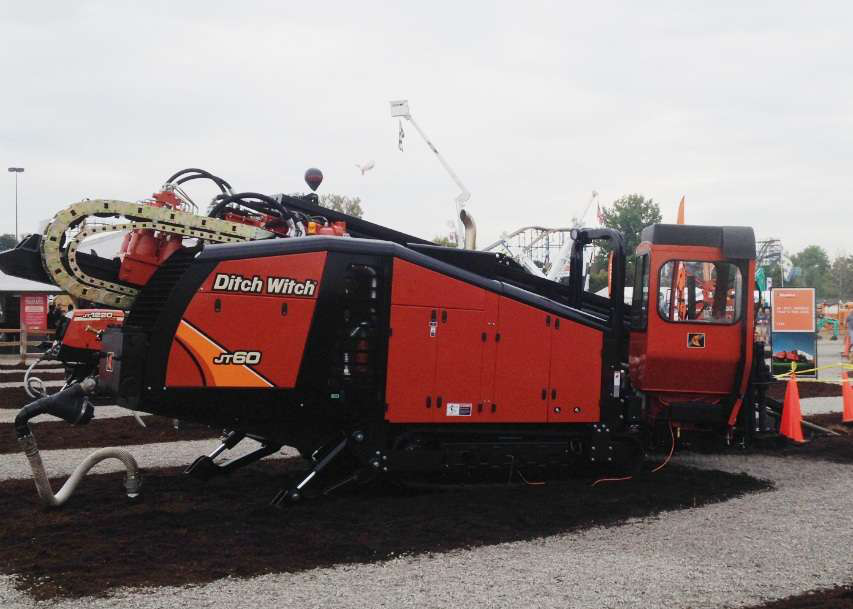 In preparation for a release in December, Ditch Witch gave attendees at the ICUEE 2013 in Louisville, Kentucky a chance to see the new JT60 horizontal directional drill in person.

And even though it has the benefit of a smaller footprint than its big brother, it still boasts 9,000 ft.-lbs. of torque—only 1,000 less than the JT100.

Other features include the heavy-duty, planetary-driven anchor system and an exclusive, dual-pivot drill frame allowing the entry angles you need without compromising stability while drilling. 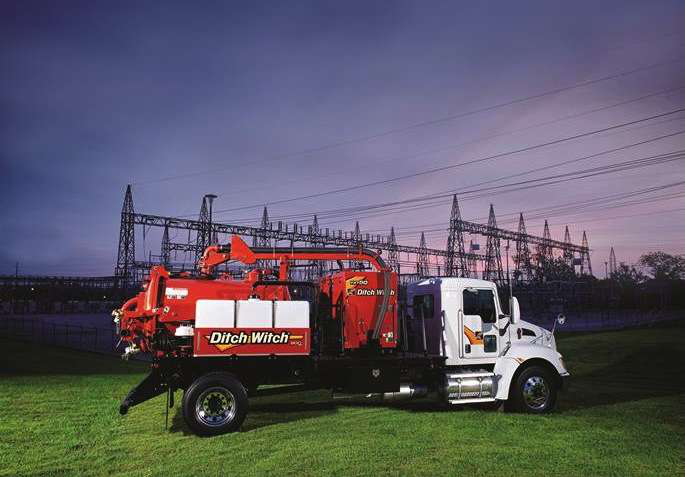 Also making a debut at ICUEE was the new FXT50 Truck Vac. Ditch Witch’s Corey Smith says what differentiates the FXT50 from its competitors is that it is mounted directly to the truck’s frame rails.

“What that allows is this whole system to flex independently of the truck,” Smith says. “When you bolt to a skid and fasten that skid to the truck, everything is flexing spearately and that creates a lot of stress, a lot of cracking, twisting and turning.”

The FXT50 is powered by a 49-horsepower Deutz diesel engine and features a 1,020-cfm blower and a 3,000-psi water system with a flow of five gallons per minute. The unit also features two 200-gallon saddle tanks that take between eight and 10 minutes to fill, Smith says.

Smith says after meeting with your local dealer, Ditch Witch will mount the FXT50 to any single-axle truck you choose.