Doosan Infracore North America is stepping up its rollout of its next-generation crawler excavators to the United States, with revamps of its machines as well as some new models, including its largest ever excavator.

The first Dash 7 excavator, the DX800LC-7, debuted in 2020 at ConExpo at 80 metric tons. At this year’s World of Concrete, the company showed off its new reduced-tailswing 14-metric-ton model, the DX140LCR-7. And at a recent press event, the company demonstrated its 35-metric-ton DX350LC-7.

These machines are just the beginning of the company’s excavator plans for 2022 and 2023 as it refreshes all Dash 5 models, as well as rolls out two excavators with full electronic control and its largest excavator, at 100 tons.

The cabs will remain roomy and are designed for reduced noise and vibration. Standout features include a seat that cools, keyless entry and push-button start, and new 8-inch touchscreen displays that are common with the company’s other next-generation machines. The cabs also get more glass for better visibility, and a single wiper clears both the top and bottom windows during inclement weather.

Doosan includes standard grade control with its new excavators. The company is also focusing on making attachments easier to link with and use. Some will feature a tiltrotator mode for easy use of the rotating, shifting attachment, which has been popular in Europe and is gaining acceptance in the U.S.

The new Dash 7 excavators will enable operators to adjust power modes while using attachments. The four power modes are power plus, power, standard and economy. Work modes are digging and lifting and two work modes for attachments: one-way and two-way flow.

The two-way flow is for using high-flow attachments. In that mode, power priority is given to the attachment rather than the boom and arm.

Operators will also be able to tailor the excavator’s power mode when using attachments. “There are times when you have a high-volume attachment for hydraulic needs and you can tailor your power mode to that,” says Aaron Kleingartner, Doosan product and dealer marketing manager. “Other times you may not need that extra power. You can set the machine in economy mode, which helps to increase fuel efficiency.”

Doosan also added a new fine-swing mode in which the operator can turn off the rotation, or slew, brake to prevent material loss from the bucket, especially in lifting operations. Fine swing, which can be engaged or disengaged manually, gives operators more control, he says.

Doosan will equip the Dash 7s with its Smart Power Control, which balances fuel efficiency and power to match the task. The pump torque control kicks in during heavy-duty applications. Kleingartner says it leads to a 5% to 7% improvement in efficiency.

Doosan showed its 14-metric-ton Dash 7 model at 2022 World of Concrete. Among other advancements, the company reconfigured the model’s rear to meet the growing demand for reduced tailswing excavators.

Digging reach is up to 28 feet, and maximum load height is 23 feet 3 inches.

A 360-degree camera system for a bird’s eye view of the work area is optional; rearview and side-view cameras are standard.

Other features include a Doosan Smart Key for remote door lock and unlock. It also turns on and off the excavator’s lights. The excavator has push-button start, similar to an automotive-style remote key. Doosan says it also improved heating and air conditioning and redesigned the pedals for easier operation.

Unveiled at a press event late last year, the DX350LC-7 comes in at 35 metric tons. It has also been redesigned with increased operator comfort, fuel efficiency and is easier to service.

The company says the mid-size excavator is ideal for trenching operations for infrastructure, commercial and residential projects.

It features D-ECOPower for saving fuel. The system involves sensors within the machine to maintain optimal performance, especially during lifting operations such as placing pipe, Kleingartner says.

A new 8-inch touchscreen is designed to be easy to see and use and offers a variety of machine information to the operator.

New models for the lineup

In talking with its dealers and customers, Doosan says it recognized it had a gap in its product line for a 20-metric-ton crawler excavator.

To that end, the company plans to introduce the DX200LC-7 near the end of this year.

Another request to be fulfilled will come mid-year with a reduced-tailswing 35-ton model. “There has been a huge shift in the need for that reduced tail swing,” Kleingartner says. “…And our engineering teams have heard that and developed a machine.”

Another new model for the company will be a 100-metric-ton excavator, its largest. The goal is to capture growth in the 90- to 150-metric-ton class, which has seen 32% growth since 2015, according to Kleingartner. He says the company’s prototype model is reaching productivity levels of a much larger, 120-metric-ton machine.

The company also plans to roll out the DX225LC-7X, a fully electronically controlled machine, as well as new wheeled excavators. 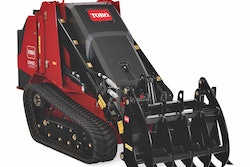 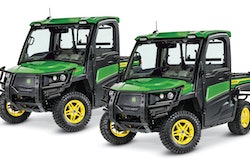 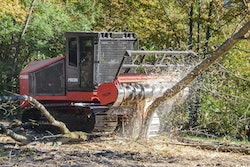