Did 2020 Set Up an Equipment Rental Boom This Year? 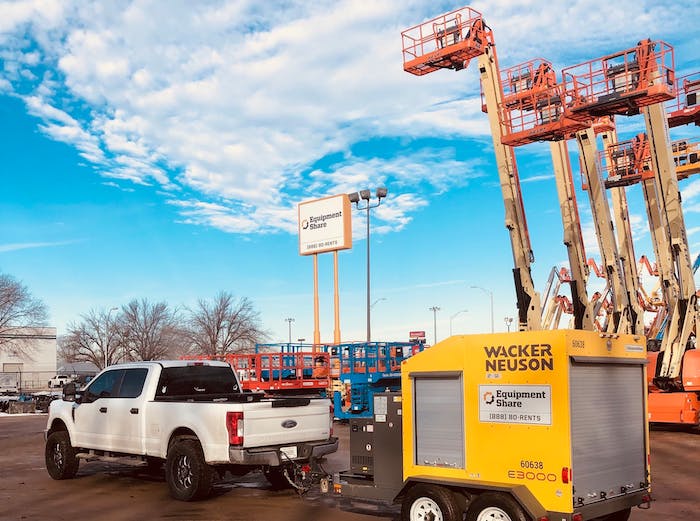 EquipmentShare recently opened rental stores in Las Vegas and California and now has 77 locations in 25 states and two countries. It plans to have more than 100 locations by the end of the year.
EquipmentShare

The pandemic’s impact on rental operations was far from universal, however. Rental operations that were more connected with the DIY/smaller contractor market had a good year. “Most rental companies are doing just fine,” Nickell says, “and some of them had their best year ever.”

How rental operations fared in 2020 depended on the markets they were in, agrees Scott Cannon, president of BigRentz, which operates an online rental platform for around 4,000 primarily small and mid-size rental firms in the U.S.

Rental companies connected to retail saw slowdowns, Cannon says. There was little bandwidth for maintenance activities that involved rental equipment, such as aerial lifts, even if a retail company was doing well. Homebuilding, on the other hand, was robust.

But the rental industry remains healthy, Cannon says. “People weren’t capital-constrained or overextended, so we didn’t see any partners have financial challenges.”

It’s no surprise that after 2020 technology will be deeply integrated in what renters see moving forward. “What was probably a 10-year technology roadmap turned into a 12-month roadmap,” Nickell says, including the rapid development of solutions for contactless pick-up and delivery.

“Rental has always been a direct sales industry, but now a contractor can be lying in bed at 10 p.m. and remember that cut-off saw he needs for the morning and go online and reserve it. Before, he would have been texting his sales rep and waiting to hear back.” 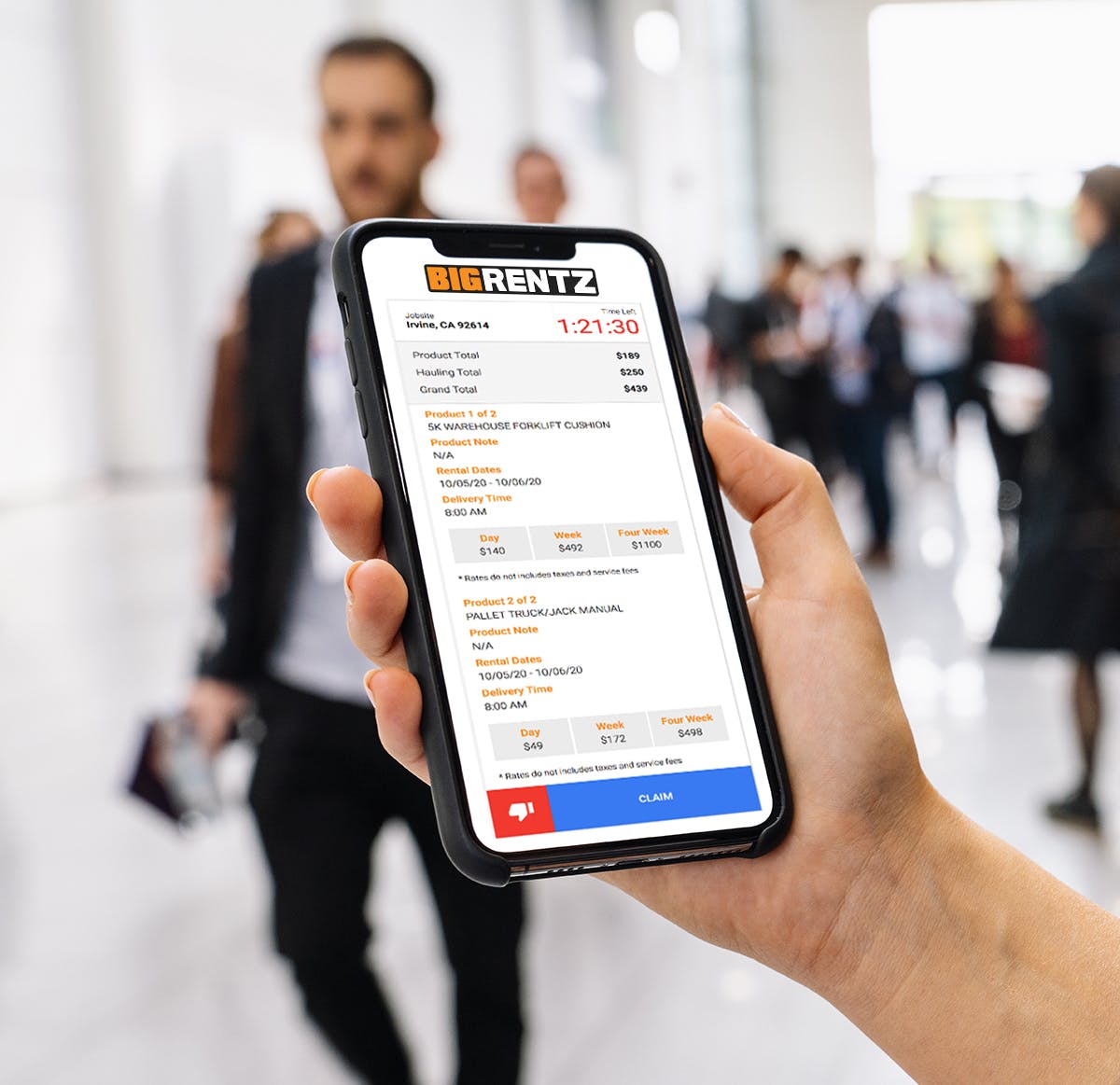 BigRentz is actively developing a new version of its customer interface.BigRentz“The biggest trend is the Amazon-ation of everything,” Cannon says. “We’ve seen a massive spike in online rentals, and visits to our site have more than doubled year-over-year. Customers have just become more comfortable with it.”

“We’re actively developing a new version of our customer interface that should more than leapfrog us ahead of the industry in the next six to eight months,” Cannon adds. For its rental partners, BigRentz is planning telematic and software solutions aimed at making these businesses more efficient.

But this is as it should be, says Willy Schlacks, co-founder and president of EquipmentShare, adding that one of his company’s core missions is to drive visibility to the rental experience.

“Every line of code in our platform is built from the ground up to solve problems,” Schlacks says. “These problems include equipment access control, safety and an understanding of costs that extends across both rented and owned customer assets.”

EquipmentShare’s customer initiatives are primarily grounded in its EquipmentShare Track platform. “We release 30 to 40 features every quarter that roll up into reducing customers’ costs and increasing productivity,” Schlacks says.

The company also has its eye on the development of rented autonomous machines, recently announcing an autonomous construction equipment initiative that funds a Ph.D. student intern in the company’s robotics lab.

“If you have to click five times to order something, it’s not a great experience,” Flynn says. “We’re working to simplify that for customers.”

What really will be interesting, he says, is the utilization rate comparison of this year’s March-April time frame with the same time last year, when the initial pandemic shock was at its peak.

Time and financial utilizations are two key metrics Cat Rental tracks when observing the rental market, says Flynn. Also under scrutiny is margin contribution, a return on invested capital and how much equipment is actually on rent.

While about 65% of BigRentz inventory is aerial lift and material handling equipment, it also handles everything from cranes to welders. It tracks demand by examining onsite searches and how many of them convert to a rental.

Other key metrics are cost of acquisition, customer retention and ratings. This feedback goes to its rental partners, which have more than 10,000 rental yards and $50 billion worth of assets, Cannon says.

BigRentz also scrapes, aggregates and tracks rental rates across the industry. “We’re basically a big giant math equation,” he says. “Our prices are basically in the middle of where the market is; we track everything to understand where prices are going and what they’re doing.”

EquipmentShare measures success in different ways, according to Schlacks.

“Our focus is how to reduce the overall cost of equipment, not just the rental rate,” Schlacks says. “Service is a huge cost, as is unauthorized access to the equipment.”

For example, Schlacks says service events are a better metric than age of fleet in determining the renter experience.

“What we care more about is a reduction of service events, which creates downtime and costs for the end user,” he says. “If we’re doing our job, there will be no difference between a machine that’s one year old or four years old; it will have no impact on the customer.”

In fact, EquipmentShare’s data shows that some machines under 200 hours have higher service costs – such as a fluid leak – than those between 200 and 800 hours. “Customers pay for that in downtime,” Schlacks says. “They’ve been trained by the industry to think, ‘If it’s new, it’s good,’ and that’s the wrong metric.”

Although mergers and acquisitions and expansions slowed last year, there was no reason for a lot of store closings, Nickell says.

“I think you’ll see some of the smaller to mid-size rental companies that did really well last year and have more cash than usual will think now is the time to expand,” Nickell says. The larger nationals will also go back into expansion and acquisition mode, he says.

EquipmentShare is already heavily into expansion mode. It recently opened rental stores in Las Vegas and California and now has 77 locations in 25 states and two countries. It plans to have more than 100 locations by the end of the year, and 300 to 400 locations “over the next several years,” Schlack says.

“If we did not have brick-and-mortar operations, we would not be able to fulfill customer needs and understand the problems they experience,” Schlacks says. “Scaling nationally makes sense for us; a lot of our customers are national, and it serves the needs of contractors in that area. Plus, as we scale, we keep building more value and solutions through our software, and we keep encountering the next problem to solve.”

Cat’s rental operations are run through its independent dealers, with 550 rental locations in North America. “We expect that we’ll open more stores this year, for sure,” Flynn says.

Two things underline rental optimism this year: the vaccine and the possibility of a federal infrastructure bill.

“Rental companies were able to operate off of their existing fleets without turning them over,” he adds. As a result, they didn’t do as much buying as normal.

“But you can’t run with older rental fleet for very long, and so we expect this year to be a good buying year for rental equipment,” Nickell says. Which, of course, means that rental firms will dispose of fleet, either internally, such as United Rentals’ 140-plus-location spring used equipment sale on March 25th, or externally, such as auctions.

Since residual values are a key metric – especially with national rental firms – don’t expect this equipment to suddenly appear all at once in the used equipment market.

This means rental firms will need replacement fleet. Smaller rental companies saw a buying disruption when the ARA Show was pushed from January to October because of the pandemic. This meant OEMs and rental buyers had to make direct contact without the kick-the-tires aspect of the strong buying show.

And while equipment dealers with more immediate customer needs are chafing at the longer lead times they are now experiencing for some types of new equipment, rental operations can be a bit more flexible.

“Rental companies tend to think a bit further out than a 90-day delay,” Nickell says.

He continues: “A lot of projects were delayed but not canceled, and many have a massive backlog in the back half of the year. Some customers don’t know how they’re going to do it. So I think the back half of this year is going to be incredibly busy, and there will be some constraints on available equipment.”

“We have a robust recovery coming that offers both an opportunity and a risk, because it needs to be managed correctly,” Cannon adds. “All the trends point to a healthy industry and one that’s going to grow as rental penetration continues to grow.”

ARA is in full gear for a rental upswing. It’s reviving a trade school outreach program that was postponed because of the pandemic and will soon implement a job board.

It also will concentrate on reaching two customer segments – DIYers and contractors – with a “This is Rental” awareness campaign. “It’s a great time to have that conversation,” Nickell says. 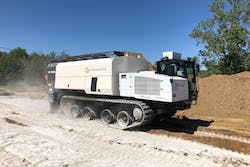 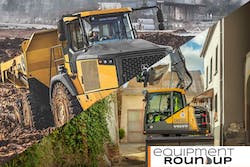 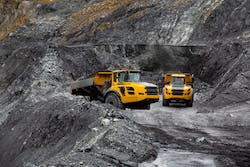 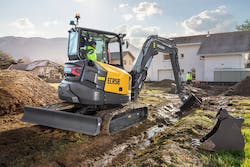