Supply chain constrictions, industry demand for certain types of equipment and a construction market that’s proven resilient are all leading to a current strong demand for used equipment, according to an industry panel.

Supply side issues are contributing to the picture, Vazquez said, with customers waiting three to four months for both large and compact excavators from certain brands. “We’re seeing an enormous problem when it comes to the new side, and I think it’s only going to get worse,” he continued.

And on the used side, “everyone’s looking for late model equipment, but it’s difficult to source right now,” Vazquez said.

And overall, said Vazquez, “Associated Equipment Distributor members are seeing a tremendous amount of growth on the smaller side of equipment.” (Vazquez was also speaking as an AED board member.)

Overall, “there was an uptick in some of the assets we sold, especially with telescopic forklifts, compact track loaders and scissors,” Olive said. “There was solid demand throughout the year for all of those assets.”

“Aerial lifts and telehandlers are rental-first equipment and a lot of rental companies have been cycling over their fleet after those fleets grew substantially” in the past few years, said Doug Rusch, managing director, Rouse Services, a Ritchie division.

“Demand is matching up nicely with sell off, and when you have that dynamic you have a lot of stability in retail values,” Rusch said. Retail prices in 2020 were just 3 percent lower than in 2019, according to Rouse’s retail value index, which tracks fair market value prices.

“We really did not see a Covid-19 trough in the retail marketplace,” Rusch said. “This is quite a remarkable statement given all the headwinds.”

The retail value index is important to dealers, said Vazquez, because it’s something banks closely watch. If prices plummet, banks are less likely to lend. “About 70% of our deals are still retail deals,” he said, “and the residual value of our products is essential to maintain a strong number at the end.”

According to Rouse figures through January of this year, the average age of retail equipment sold was 64.4 months. This number has been trending upwards since January 2019, when the average age was 50.1 months.

On the auction side, the Rouse Forced Liquidation Value index is showing that pricing “is seeing a remarkable recovery, with 5% higher auction prices than last January,” Rusch said, and 11% higher than in spring Covid trough. “The pricing is quite strong.”

The shifts were more dramatic on the lift and material equipment side. Prices for these machines in the company’s Mix Adjusted Use Price Index went from minus 7% in March 2020 compared with the same time period in 2019 to an increase of 9% in February, when comparing it to February 2020.

There has also been a depth of market along with the strong demand, according to Olive.

“If we can find the assets, there’s depth to the asset sectors,” he said. “Where we didn’t see depth year ago, there certainly is now.”

“There is so much strong demand in the marketplace.” Olive added. “All you have to do is look at indicators such as our watch lists, PriorityBidding and site visits.”

Ritchie, which has been running online-only auctions since the pandemic broke, has seen its PrioirtyBid option open up in the virtual environment, said Kevin Kobus, Ritchie’s vice president, U.S. live auctions and operations.

With PriorityBid, bidders can set a maximum proxy bid on a piece of equipment, one that will increase incrementally up to the maximum account.

“They don’t have to worry about overpaying for it or losing it if they weren’t able to be in front of their computers when it was sold,” Kobus said.

Videos have become more important in the machine inspection process, and Ritchie is exploring a “concierge-type” service where prospective buyers will ask questions virtually while an inspection is occurring.

Another option, one the company is looking to expand, is what Ritchie terms a “virtual sale,” where an inspected machine is sold where its located instead of being transported to a Ritchie sales facility. One of the top sellers in the company’s recent Orlando event -- a $460,000 2015 Cat 374F L excavator with 2,698 hours -- was a virtual sale.

Which raises the question, are live auctions a thing of the past?

Kobus left the answer open. “That’s under evaluation,” he said. “Certainly, there’s a social aspect to a sale, but it’s all about choice. As we collect this data, we’re going to evaluate what the auctions of the future look like.” 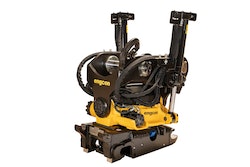 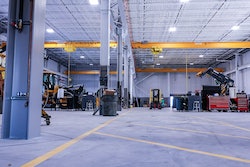 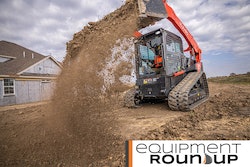