The model is designed for a variety of jobsites, including urban jobs that require frequent roading, governmental projects and road work confined to one lane. Able to reach speeds of up to 22 mph, the EWR130E has a Boom Suspension System that engages at speeds above 3 mph to absorb shocks and reduce bouncing when hauling material over rough terrain.

Inline outriggers help position and stabilize the machine in tight spaces. Also adding to its stability is the machine's low center of gravity. A new divided blade option helps provide additional leveling on uneven ground or around curbs.

The EWR130E with tow hitch can pull a trailer weighing 6,600 pounds; when fitted with additional overrun brakes it can pull 17,600 pounds.

Visibility is enhanced by a low superstructure, counterweight and hood. Volvo says the machine has best-in-class visibility to the right, with no parts blocking the view. An optional Volvo Smart View uses three fame-mounted cameras to create a bird's eye view of the machine, visible on the cab monitor.

Operators can program pressure and flow for up to 32 attachments. 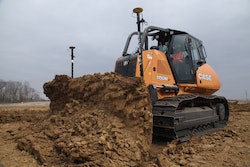 Finance Both Dozer and Machine Control with Case's Factory-Fit Option 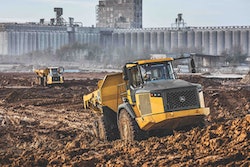 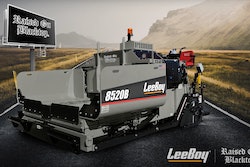