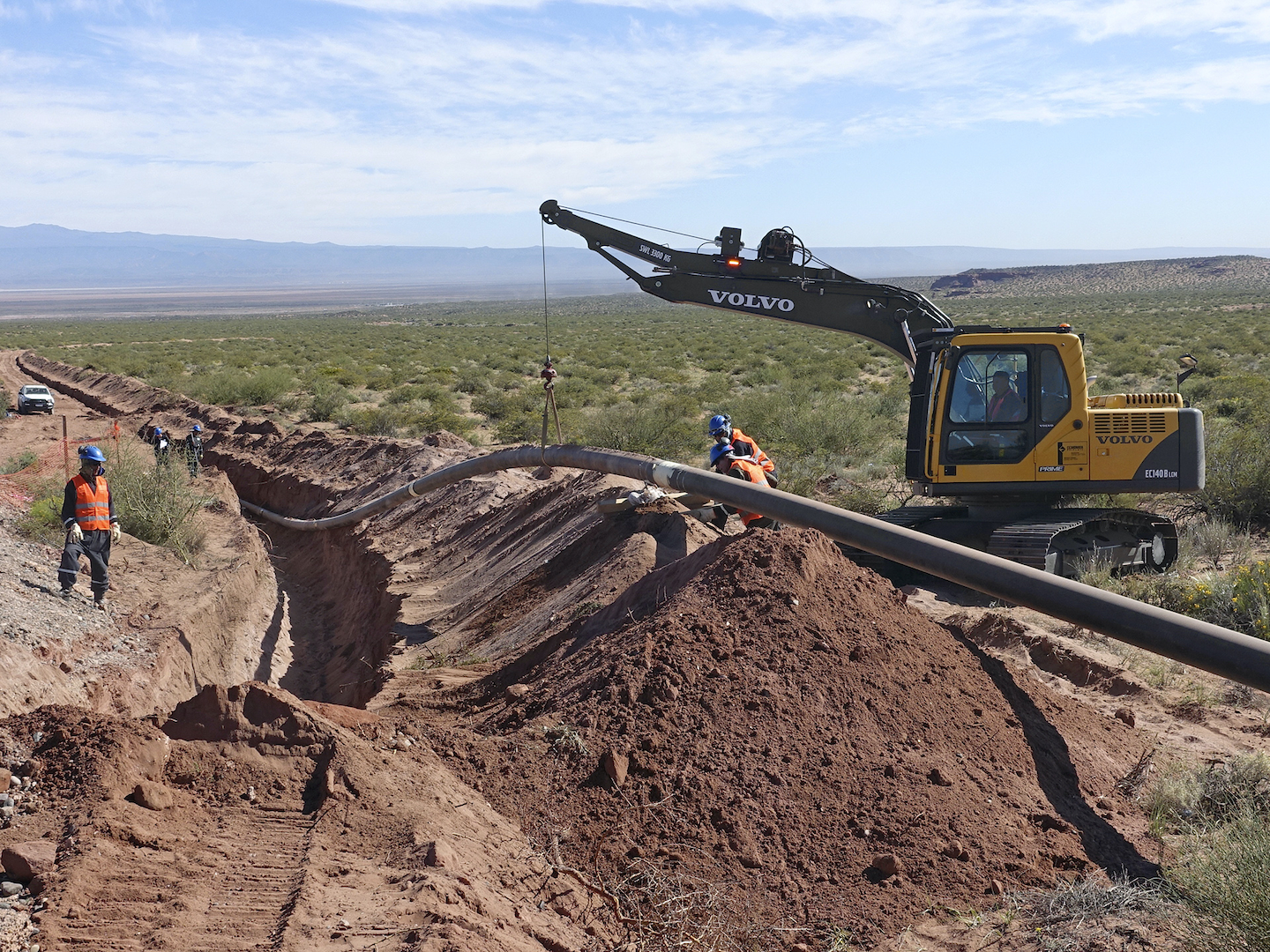 Note: This story was updated October 29 with more details about the pipelaying kit as well as a video.

Volvo Construction Equipment has a new attachment kit that allows its 14-ton excavators to be converted into rotating pipelayers and also improve trench safety.

The pipelaying boom can be attached to the excavator’s main boom in about an hour. With a rated load of 7,300 pounds, pipes up to 20 inches in diameter can be handled.

When used in tandem with Volvo excavators’ rotating superstructure, the kit gives the operator more maneuverability and control when placing pipe without having to reposition the tracks. It is also designed to be ready for transport within minutes.

“The kit was developed in response to customers’ safety concerns about lowering pipes into trenches using standard excavators,” the company says. “And unlike a traditional side boom pipelayer, Volvo’s patented rotating superstructure means the machine is far more maneuverable, with no need to constantly reposition its tracks. All this versatility in a single machine means operators can get the job done easier, quicker, safer and at a lower cost.”

The boom has a working height of up to 24 feet and depth of 50 feet. The kit is designed for Volvo’s EC140EL and ECR145E crawler excavators. The ECR145E has a 5-foot tail-swing radius, which enables pipelaying in urban areas. It can be used to lay pipe on a two-lane city street with one lane closed to traffic, Volvo says.

Another advantage of the pipelaying boom is that the operator always faces the load, unlike a side boom, the company says. Volvo’s Load Moment Indicator allows operation on a slope of up to 10 degrees.

Check out the video below of the pipelaying kit in action: