Saying it has seen a 50% year-over-year increase in North American orders during the first half of 2020, tiltrotator manufacturer Engcon has moved into larger facility and named Morten Solgaard its new North American managing director.

Engcon says its products are appealing to both large and small contractors, which are buying Engcon’s full range of tiltrotators fitting 1.5 to 33-ton excavators. This is a shift from 2019, it says, when interest came mostly from owners using smaller excavators.

The new 13,000-square-foot Hamden, Connecticut, facility is “three times as large as the previous one,” says Anders Smith, Engcon regional director, and reflects the growth the company is experiencing.

“Engcon North America is in an expansive phase right now,” Smith says. “We grew significantly in 2019 and had a very successful participation at ConExpo… Interest in our products has increased since then, which means that we are now shifting to a higher gear with a new head of Engcon NA and new premises.”

Smith continues: “There is an enormous potential to streamline excavation in North America. All players will benefit if the excavators become more efficient, more environmentally friendly and safer.”

Solgaard comes to Engcon after 22-year stint working with Swedish heavy truck and bus manufacturer Scania in the sales and service field. 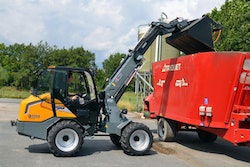 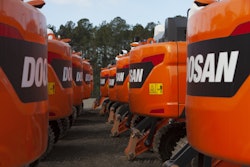 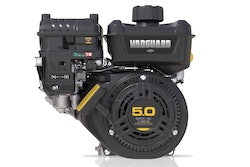