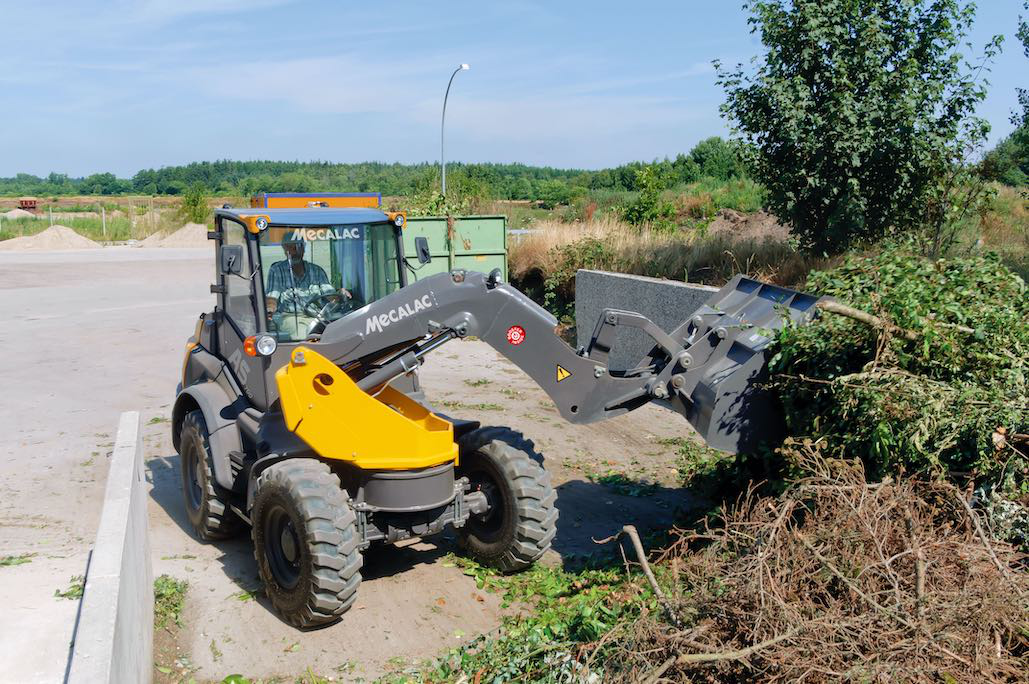 At ConExpo 2020, Mecalac unveiled its latest product for the U.S. market, its AS Series of swing loaders.

Unlike traditional and articulated wheel loaders, the swing loaders’ arm and bucket are positioned to the side, allowing for 180-degree arm swivel in either direction. In four-wheel-steering mode, the company says, the swing loaders need 20 percent less space to perform a complete rotation than a conventional loader.

“You have the safety of the four-wheel steering,” says Patrick Brehmer, Mecalac head of design and product management. “You have the maneuverability because you can swing the bucket, and you have the space management because you work in all directions without moving the machine.”

“With a swing loader,” he adds, “you will work three times faster without damaging the ground, with less space and with less fuel.”

The swing loader also provides more stability than an articulated loader, he says, able to maintain its maximum tipping load at full swing and turn. The loaders feature two other steering modes: two-wheel and four-wheel crab.

The company says the U.S. market is ripe for the new product line.

“We strongly believe in the future of swing loaders,” Brehmer said.