JCB is not worried about forgoing ConExpo this year.

“We’re definitely in a positive place,” Richard Fox-Marrs, president and CEO, JCB North America, told Equipment World in an interview at the recent American Rental Association Show. “Last year was our biggest year ever in North America. We eclipsed 10,000 units in this market for the first time and are enjoying the strongest market share we’ve ever had.”

And JCB North America recently celebrated two milestones with its dealers: the company’s 75th anniversary and its 50th year of doing business in North America.

JCB currently has 100-plus construction and agriculture dealers in North America with 300 locations. It added eight dealers in 2019. In addition, the company has set up company-owned dealerships in three locations: Dallas, Houston and Southern California, with the intention to eventually privatize them.

“Our focus has been on making good dealers great and looking at what they need to make their business stronger,” Fox-Marrs continues. “It’s all about helping them to the next level.”

Rental is a significant market sector and while JCB deals directly with rental providers, its dealers also participate in servicing rental units. “It presents a tremendous opportunity for them to grow their parts and service business,” Fox-Marrs says.

Telescopic handlers are a key North American market for JCB. “It’s the No. 1 selling brand in North America, which pleases us greatly,” Fox-Marrs says. “We saw a lot of growth in our compact products last year, and compact tract loaders were particularly strong.” Another plus: the Teleskid line. The product was one of the hits of ConExpo 2017, and JCB just introduced a second, smaller Teleskid model, the 2TX-7T.

And JCB has launched a new line of rental-targeted RS towable generators, ranging from 56 to 500 kilowatts.

Still, JCB has long been a ConExpo crowd favorite with its set-to-pounding-music “Dancing Diggers” equipment routines. With the Gold Lot under construction, however, the company would have likely needed to move to the new Festival Grounds, located a mile away from the convention center. (Some former Gold Lot exhibitors have moved elsewhere in the show.)

“ConExpo is a great show in every respect, but we spent a good amount of time reflecting on our values, who we are trying to compete with and what we need to grow our business,” Fox-Marrs says. “It’s not an inexpensive show to attend, and when we looked at the business metrics that come off the back of the show it was not a compelling argument for us to go.”

It also may reflect a general show consensus by the United Kingdom-based parent company, which was absent from the 2019 Bauma show in Germany and the 2018 Intermat show in France.

Instead, Fox-Marrs says, JCB will invest its show dollars in customer-focused events, including visits to its Savannah plant and demonstration area and to factories outside of the U.S., “where you really get an opportunity to demonstrate who JCB is,” says Fox-Marrs. “We really see a change in customer’s perception of JCB when they see our people and facilities.” 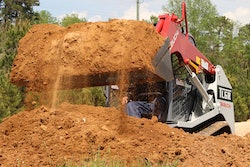 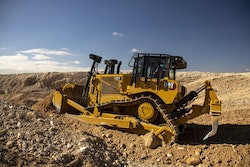 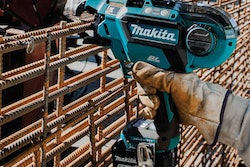 Cut it, scrape it, tie it and clean it; Makita has a tool for almost everything concrete related