Caterpillar has given its cold planer models a boost in power, as well as added new features to make life easier for the operator.

The upgraded planers were unveiled September 12 during a press event at Cat Paving’s headquarters in Minneapolis. Cat designed the planers for small to mid-sized jobs where maneuverability and high production are needed. They come in wheeled or tracked versions.

The cold planers feature operator stations that slide out 8.5 inches beyond the frame for improved visibility down the side. The seat also now has a right-side armrest for comfort.

A camera that mounts above the cutter box is an available option to help improve sight when making cuts beside obstacles. Operators see the camera view on LCD display. And an optional auxiliary power connector near the back of the planer can accept balloon lighting for working at night. 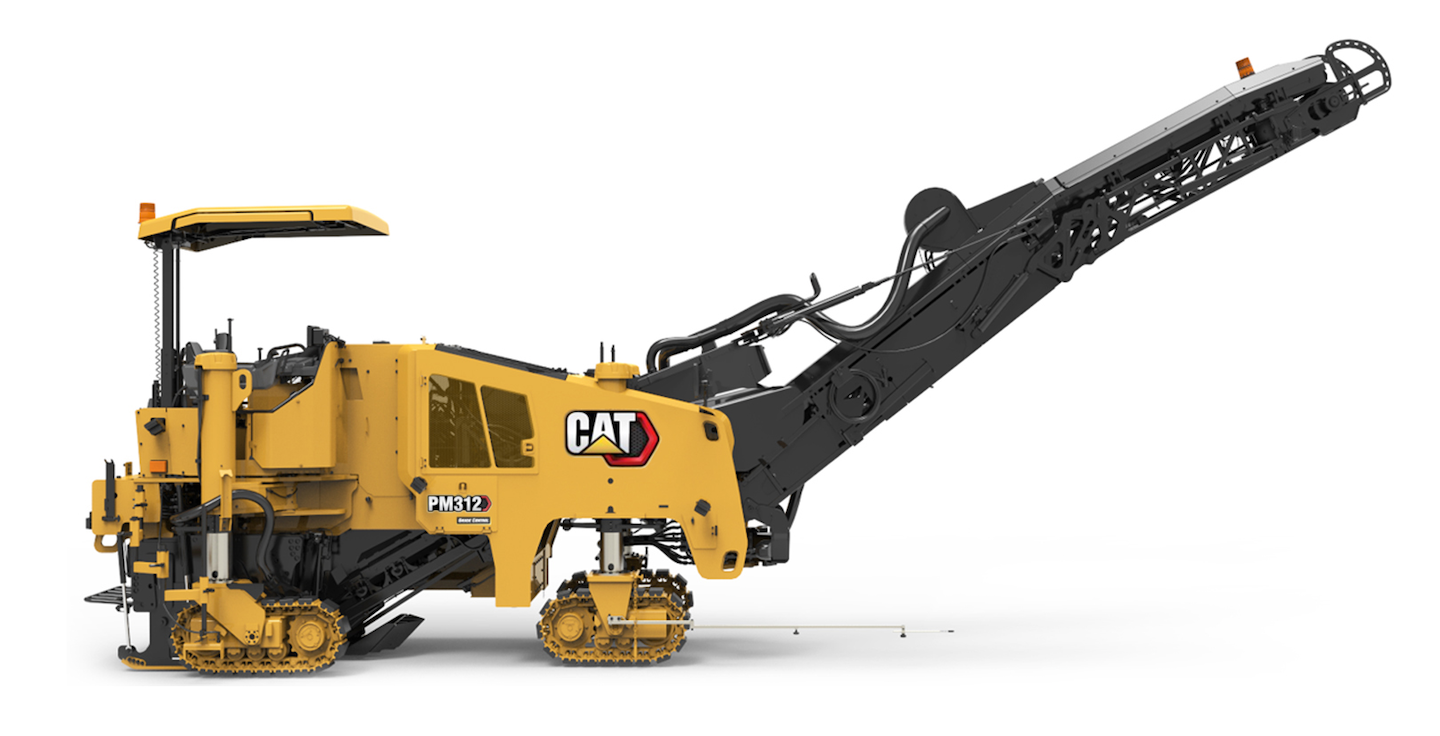 The Cat System K milling rotors are available with spacings of 8, 15 and 18 millimeters for a variety of milling applications. Cat offers optional diamond bits that are designed to last 80 times longer than conventional carbide bits. Because they are sharper than carbide bits, they can cut faster, as well as reduce drag for better fuel economy on tough jobs, Cat says.

The milling rotors also feature a dual taper retention design that holds the tool holders in the blocks without the need for a retaining pin or bolt, and reversible paddles and high-strength alloys extend rotor life, according to the company.

Cat also made it easier to remove and replace bits with a hydraulically controlled turning device that controls the rotor position with a two-button pendant. The upgraded half-lane models – PM620, PM622, PM820, PM822 and PM825 – are designed for high production and maneuverability. They offer full-depth removing of asphalt and concrete pavements in one pass, Cat says. They can also be equipped with integrated Cat Grade Control, among other options.

For operator comfort, the half-lane planers now have pivoting handrails on the right side. When nearing an obstacle, the rails can be stowed flush with the planer, and then extended after passing the obstacle. Cat also says it made it easier for the operator to “obstacle jump” with new visual indicators on the top edge of the side plates. They indicate where the rotor is positioned and correlate with the markings on the side plate, the company says.

Cat designed the track pin in a lower position to increase tractive effort and force on the undercarriage when milling in deep or hard conditions. New hardened-steel, bolt-on wear skis run the full length of side plates and a wear shoe on the anti-slab assembly reduce wear and maintenance, Cat says. Cat PM620
Get the business tips, industry insights and trending news every contractor needs to know in the Equipment World newsletter.
Sign Up
Read Next