Skid Steers vs. Compact Track Loaders: Which Machine Will Get Your Job Done?

The higher cost of CTLs -- and their track replacements -- can cause some buyers to opt for a skid steer. Here's our low down what to consider when looking at both types of machines.

Much ink has been spilled over the years detailing the pros and cons of skid steers and compact track loaders.

But know this: Both types of machine dig, grade, move materials, run attachments and load trucks. Either can be used in any application and users are constantly finding new ways to use them.

In other words, it’s not so much which machine has the best specs. It’s how you use it and which machine will make you the most profit. It's also a matter of knowing the relative strengths and weaknesses of each machine.

CTLs and skid steers switched market positions in the past decade, and CTLs are now by far the dominant machine. Financed sales in 2020 saw a 78% CTL/22% skid steer split, according to EDA, a sister division of Equipment World.

CTLs turf-friendly low ground pressure positives come at a price, however. CTLs are typically around 12% to 20% higher than a skid steer.

One of the things you're paying for with a CTL is heft. CTLs are heavier and because of this, they can push off better and they can lift more. With two long tracks on the ground, they offer more traction, which can be used for more efficient dozing.

The weight, the width of the undercarriage and the track length also help stabilize a CTL, particularly on slopes. They deliver a smoother ride, it’s more comfortable there's better material retention in the bucket.

That stability has brought CTLs to the attention of nontraditional users, such as paving contractors who use them for tasks such as sweeping up millings, running a broom attachment or a cold-planning attachment.

Then there are the CTLs’ turf-friendliness and all-weather capabilities. You can operate in most conditions -- including spring mud -- while skid steers are more limited.

While CTLs may be the first choice of landscapers and the darlings of the construction world these days, that’s not to say you should just ignore the many merits of a skid steer.

First, as we've already mentioned, they are less expensive and that 12% to 20% price differential can be deciding factor especially to someone just starting out.

Skid steers also cost less to maintain. A set of four new tires might set you back $1,200 to $2,000, compared to around $3,500 for a new set of tracks. This can be especially important in harsh applications like recycling, scrap yards and demolition where the lives of tracks and tires are shorter than average.

And with a CTL, you will eventually have undercarriage maintenance to contend with, which adds to the owning and operating costs.

You can also move a lot faster in a skid steer. Top travel speeds hit close to 12 mph. CTLs at best top out at around 9 mph. And skid steers counter-rotate much easier, giving you better maneuverability in tight spaces. In other words, if you’re in a hurry or on a crowded site, the skid steer is your run-and-gun choice.

With a ground pressure of 35 to 45 pounds per square inch, skid steers can actually give you some compaction if that’s needed. And all that weight is transferred to the ground on four tire contact patches that aren’t much bigger than 4-by-5 inches or so. This can be better for pushing snow, although CTLs are also capable snow machines.

Skid steers have a higher ground clearance, generally, which makes them easier to get on a trailer with a steep ramp. And being lighter, they’re easier to transport.

A typical skid steer with an empty bucket will have about 70 percent of its weight in the rear and 30 percent up front. Load the bucket and that quickly evens out to 50/50, so both sets of wheels have the same traction or downforce. The heavy rear end gives skid steers that easier counter-rotation as well, since the front tires tend to skim across the surface when the bucket is unloaded. But the heavy rear end also limits how steep a slope you can tackle.

CTLs come closer to a 50/50 weight balance, which helps with stability on slopes. And with their long length of track on the ground, travel and ride aren’t as affected by a full bucket as it is with a skid steer. The CTL’s long track footprint also enables it to carry heavier loads, although with some skid steers, you can get counter-weight packages that will allow them to carry heavier loads.

Both machine types come in radial and vertical lift versions.

As the bucket rises from the ground in a radial lift machine, it swings in a slight arc because of simple geometry of the boom on its pivot point. So the bucket moves away from you in the middle of its lifting range and becomes slightly less stable. While you can’t get quite as close to a truck for loading applications, when the bucket is resting on the ground it is closer to the operator in the cab. This improves visibility and gives you more leverage when prying up rocks, stumps or concrete slabs.

The height difference between the two designs is not a lot, about a foot or so. If you want the height of a vertical lift machine but are constrained by budget, you can always build a small ramp for your CTL or skid steer to load from.

New skid steer and CTL attachments come on the market every year, adding to each machine's versatility. Higher horsepower attachments such as cold planers, mulchers and brush cutters add to the appeal of these machines.

Don't just look at the initial cost of some of these attachments, look instead at their profit potential, advise experts. They could add a great deal of versatility to your operation. 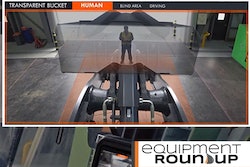 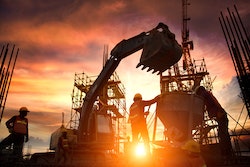 2020 Didn't Stop Contractors From Buying Equipment. What Are They Saying About 2021? 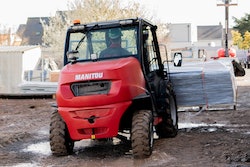 Manitou MC 25-4 and MC 30-4 Compact Forklifts Balance Inside, Outside Work