Kinshofer has designed its Multi-Quick Processors for demolition and recycling work to allow contractors to use one attachment with a variety of jaw sets instead of buying several tools for different applications.

“We know that by enabling contractors to complete more jobs with fewer pieces of equipment, we boost their profitability and expand their businesses,” says Francois Martin, Kinshofer North America general manager.

In achieving top power-to-weight ratio, Kinshofer’s DemaPower cylinder technology uses four chambers instead of the two found in other attachments, which results in 20 percent more surface area within the cylinder, the company says. This allows the MQP to exert up to 20 percent more power from a smaller attachment. Such power in a smaller device means, for example, that it may only take one or two bites to break through a section of concrete, while it may take a competitive attachment five or six bites, the company says.

Cycle times are as fast as 5 seconds due to faster jaw opening and closing speeds.

Jaw changing is also faster, safer and easier through the company’s DemaLink system. Two of the attachment’s three pins can be removed hydraulically from the cab. That leaves only one pin to be removed manually. “This not only removes the hassle of pounding out three pins, but also virtually eliminates the danger of the jaw falling and injuring a worker after the last pin is removed,” the company says.

The MQPs are equipped with twin rotation motors, which increases rotation power and increases safety by reducing the risk of the attachment shifting or rotating on its own. The MQP also includes a safety system the risk of dangerously high pressure within the rod cylinder.

All wear parts on the attachment are designed for easy onsite replacements and exchanges across jaw types. Crusher attachment teeth can also be quickly replaced on site, the company says.

Kinshofer says it is also developing an MQP-Extreme jaw for heavily reinforced or thick concrete that will have additional ripper tools for better concrete penetration. “The MQP-E boasts higher closing force than any other multi-quick processor jaw in the world,” the company says. 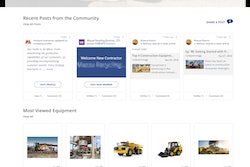 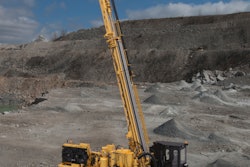 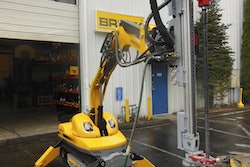