After assuring the safety of Vermeer team members — as well as around 400 dealers and customers celebrating the firm’s 70th anniversary — Hundt says re-establishing the company’s parts center operations was a priority. “The day after the storm, we were able to ship emergency parts, minimizing the impact to our customers,” he says.

Hundt attributes “years of training and practice” to the fact that the dealers and customers on site were safe and quickly accounted for after the storm hit.

There are several trained EMTs among Vermeer employees, says Hundt. After the 4:15 p.m. storm, they quickly went to work to treat people with minor injuries, compressing the time needed for medical attention. All injured people were released from the local hospital that night.

The twister took a estimated 8 to 10 mile path, running a tight diagonal path through the Vermeer complex. This meant that while two plants — 5 and 6 — received significant damage, much of the equipment inventory lined up outside the manufacturing facility prior to shipping was not affected.

In addition, the day after the storm, Vermeer dealers committed in a group email that they would share inventory amongst themselves to help with any immediate local needs while Vermeer rebuilds, Hundt says.

Plant 5, which produced grinders, is probably a “complete loss,” Hundt says. Plant 6, which produces some horizontal directional drill models, was also heavily damaged. The company remains hopeful, however, that much of the machine tooling in those plants can be recovered. In the meantime, production lines in those plants will shift to the other plants in the complex. Vermeer may also rent out some local manufacturing space to resume full production.

Production in plants 1, 2 and 3 started up again on Monday. Production will start later this week in Plant 4 and in the next few weeks in Plant 7.

Hundt credits the foresight of Vermeer founder Gary Vermeer with the fact that production has not completely stopped after the storm. “One of the reasons Gary built a series of plants instead of one large facility, each with independent capacity for machine parts, assembly and painting, is because of possible events such as this storm,” he said. “It’s a decision that’s playing out well right now. In 30 to 45 days we expect to be back in full production where we were prior to the storm.”

Vermeer has been using the #VermeerStrong hashtag to encourage team members and communicate recovery efforts. “Once we understood there were no significant injuries, the spirit here is unlike anything I’ve seen in my 24 years here,” Hundt says. “It’s been phenomenal response to an unprecedented event in our history.”

On Monday, a statement on the company’s website expressed deep gratitude for the outpouring of concern following the tornado: “To our community — we are amazed by your voice of support. To our international and regional offices, dealer partners, customers, the Pella and regional community — individuals and businesses, state officials in both Des Moines and Washington D.C., industry partners, churches and other non-profit organizations, thank you.

“To our team — we don’t have words to describe the pride we have in you,” continued the statement. “We plan for scenarios and practice drills, but nothing truly prepares us for the unknown. The way you handled the situation, followed procedures and cared for one another is precisely what Vermeer team members pride themselves in — doing more. It is your resilient spirit that will drive us forward now and long into the future.”

Adds Hundt: “I think we’ll actually surprise people in how quickly we recover.”

Doug Hundt’s video statement is below.

While our first order of business over the last several days has been the safety and support of our team members, we have also made great progress in resuming the operations needed to support our customers. Here is an update from Doug Hundt, President, Industrial Solutions. 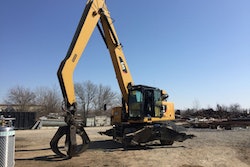 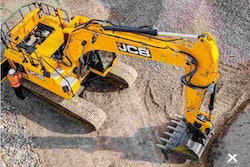 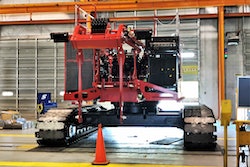