Well known for its smaller engines, Perkins displayed a pair of its larger units at this year’s recent World of Concrete show.

The Perkins 1706J engine is a 6-cylinder, 9.3-liter unit designed for machines such as air compressors, large excavators and rock crushers/screeners, soil stabilizers and compactors. It combines a high pressure common rail fuel system with advanced aftertreatment technology to meet Tier 4 Final emissions requirements in the US and Stage V in Europe. It will produce up to 456 horsepower and 1,540 lb.-ft. of torque.

According to Perkins the power density of the 1706J (49 horsepower per liter) enables OEMs to downsize their engine platforms and optimize cooling packages without sacrificing performance. The result is a 9.3-liter engine with about the same horsepower and torque of a 13-liter engine.

Manoj Baweja, commercial manager for large industrial engines, says the aftertreatment regeneration functions will not have any impact on engine performance and are completely transparent to the operator. Perkins eliminated the EGR from the emissions system, and that combined with high efficiency SCR has improved the fuel economy.

Production is expected to begin in the first quarter of 2018 in Perkin’s Seguin, Texas, factory and will be followed by a product for Lesser Regulated Countries (countries with less strict emissions regulations) soon after.

Smaller in displacement but on the large end of the mostly four-cylinder Syncro line is the Perkins Syncro 3.6 liter, shown in North America for the first time at the World of Concrete. The company calls this a “globally prepared” engine with a common core that can adapt to Tier 4 Final and Stage V emissions regulations or Tier 3 standards for Lesser Regulated Countries with a simple change of aftertreatment. According to David Nicholl, director of marketing and dealer operations, “This enables OEMs to design their machine once for multiple territories, saving valuable development expense.”

The Perkins Syncro 3.6 is four decibels quieter at low engine speeds and three decibels quieter at full load. Perkins says to reduce noise levels it costs OEMs about $100 per decibel in sound attenuating materials and other engineering fixes, so the four-decibel drop on the Synchro 3.6 will reduce installed costs.

At 134 hp and 370 lb.-ft. of torque, the Synchro 3.6 is targeted at wheel loaders, tractors, telehandlers and excavators. Electronic wastegate turbocharging gives the unit fast response when extra power and torque is required. This allows OEMs to downsize and downspeed the engine and use the Synchro 3.6 in place of engines as big as 4.5 liters.

In the aftermarket arena Perkins also announced new, modular overhaul kits. There are four different types: gasket kits, valve train kits, bearing kits and overhaul kits. The idea is that customers can simply order the kit they need, rather than have to detail dozens of individual parts with the risk that they may mis-order or leave out one part.

The company also announced an expanded range of turbochargers, giving customers a choice of price points including brand new, brand new with reimbursement for a core and remanufactured turbos made from the customer’s core. The beefed-up aftermarket emphasis ties into the company’s remanufactured engine business, which now offers more than 350 reman engine models. 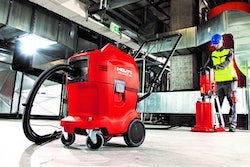 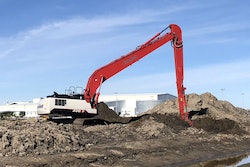 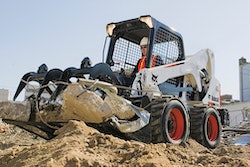