There’s a new Heavyweight Towing Champion of the World.

“This is the best heavy-duty truck we’ve ever made,” says Doug Scott, Ford truck marketing manager.

The Super Duty lineup’s Maximum gross combined weight rating for truck and trailer now tops out at a class-leading 41,800 pounds. That is more than half the maximum weight of an 18-wheeler semi-tractor trailer combination on most federal highways.

A center high-mounted stop lamp camera provides visibility into the cargo box, which is especially helpful when hooking up gooseneck and fifth-wheel trailers. An Ultimate Trailer Tow Camera System uses four digital, high-definition cameras to give the driver a 360-degree bird’s-eye view surrounding Super Duty. Trailer Reverse Guidance provides visual cues and tips to help ease backing up a trailer. A first-ever factory-available trailer camera can be custom-placed on a trailer to improve visibility backing up.

A segment-first in-cab trailer tire pressure monitoring system, accessible from the comfort of the cab while stopped or on the highway is also featured. Blind Spot Information System (BLIS) with trailer tow is optimized for Super Duty to include the length of the trailer up to 33 feet long; BLIS uses radar sensors in the taillamps to monitor areas that may not be visible to the driver. 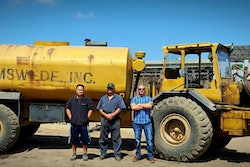 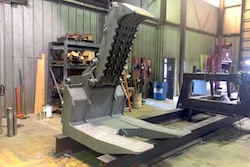 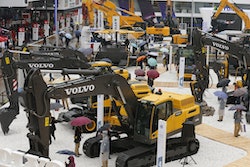