Designed as a true update to their 630G predecessors and as the replacement for the 620K machines, Caterpillar has unveiled two 630K wheel tractor-scrapers.

Though the machines are just now entering production, Cat gave the press a sneak peek of a prototype of the 637K while providing details on the single-engine 631K during a recent media event at its Peoria, Illinois, headquarters.

Cat engineers were on hand to discuss both the conception and development phase of these new scrapers (which you can read about in full here in our look at what goes on at the company’s secretive proving grounds), along with scrapers specialist John Gerhold, who took us through the features and advancements of the K Series machines.

“If it doesn’t return on investment in some way, then it’s not going to make the list,” Gerhold said as he began the rundown of the machine’s new features. The updates to these new scrapers center mostly around improving operator comfort, which in turn improves productivity.

We’ll get to the comfort-centeric improvements a bit later, but first let’s dig into the technology features designed to make operators more efficient.

“Ten years ago scrapers were probably the most absent of technology of any machine that we had,” Gerhold said. “They were just huge iron that went out and moved a lot of material quickly and were tough.”

“There are 14 individual machine and implement commands you give to this machine as an operator every cycle. Fourteen doesn’t sound like a lot but when you’re tripping 150 to 200 cycles per day…and you take them off [an operator’s] plate it’s a big difference,” Gerhold explained.

“There are people if it doesn’t have Sequence Assist on it they don’t even want to talk about it.”

A feature designed with inexperienced operators in mind is Load Assist which controls the cutting edge during the loading process. “So now all we have to do is teach that inexperienced operator not to shove their foot to the floorboard, how to run the diff locks and how to steer it,” Gerhold says.

In the past the typical learning curve for a scraper operator was about three months, Gerhold said. With Load Assist he says that can be condensed to about a week. And once operators have gained a better understanding of the machine, it can be disabled.

“Load Assist will put you in that 85 to 90 percent efficiency level in comparison to your veteran operators,” he said.

The machines also have the same transmission as the G Series but, as Gerhold put it, have “better brains on top,” referring to the machines’ new Auto-Stall system, Machine-Speed Limiter (MSL) and Ground-Speed Control (GSC) features.

The Auto-Stall system assists in quickly bringing the transmission to operating temperature for faster transitions from torque-convertor drive. MSL is designed to take the place of top gear selection allowing the operator to set the machine’s top speed. GSC sets the desired top speed by the operator in situations where jobsite conditions or segment speed limits require speeds less than full run out.

Though the latter two features sound very similar, Cat explains MSL is meant to be used when top speeds need to be limited for longer durations while GSC is meant for shorter segments or intermediate periods of time.

The remaining tech features of the 630K scrapers are as follows:

Feel of a car

The cab on the 631K and 637K is the same cab as those found on the 620K machines, so operators familiar with those machines can expect a fair amount of continuity along with ROPS structure improvements due to weight differences. The cab offers improved visibility over G Series machines and Gerhold says “Once you’ve been around it, you don’t want to drive anything else.”

The new Advanced Cushion Hitch improves operator ride and reduces repair and maintnenace on the pins and bushings in the cushion hitch. “The cushion hitch was designed in the 1960s and really hadn’t changed a lot,” Gerhold explained, adding that the updated system actively reduces in-stroke events for a much smoother ride.

The machines’ new seat suspension, Gerhold says, features similar in-stroke prevention technology. That combined with the machines’ new high pressure steering, which greatly reduces the effort needed for steering the machines, amounts in what Gerhold likened to the feel of driving a car.

“You sit back and you drive. You don’t wrestle. You drive,” he said. 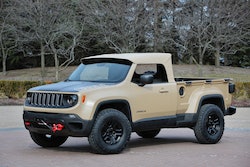 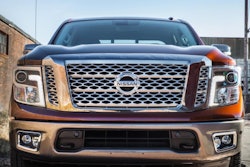 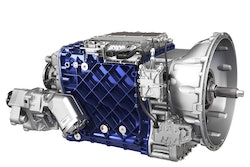