In an awards banquet Saturday night at Wynn Las Vegas, Lawrence Merle of Genesee Construction Service was named Equipment World‘s Contractor of the Year for 2015.

Genesee Construction in Dansville, New York, is an $11 to $13 million company that serves as a general contractor and specializes in site prep work.

Each year, the Contractor of the Year and 11 finalists are selected by the editors of Equipment World in a competition sponsored by Caterpillar. They are flown to Las Vegas for an awards banquet and a trip to the Las Vegas Motor Speedway to watch that weekend’s NASCAR race.

With no background in the industry, Merle found a love for construction working summers during college, eventually founding Genesee Construction as a site prep firm with two partners. In 1996, with a desire to have more autonomy to use the company to forward philanthropic causes, he bought out his partners and began to build the company, which today has 25 employees.

The company handles a range of diverse projects in the Rochester area, including performing work for Watkins Glen International Raceway and transforming a World War I-era armory into a mixed use commercial and retail space as part of an innovative adaptive reuse project.

Frederick Rainaldi, the developer on the armory project has had a working relationship with Merle since 1992, and says he and his people are an extension of his family.

“I feel so strongly about Genesee that I have them as my point of contact for specialty medical facilities and high profile retail clients,” he says. “They’re the most trustworthy contractors I’ve ever worked with, and he has a top tier team with healthy relationships. Working for Larry is coveted.”

Merle feels his success is a result of building a workforce he says is second-to-none.

“I hire for character and integrity, and then train for skill,” he says. “My people have a tremendous sense of pride.” He shows his gratitude with generous compensation and benefits packages, and offers the opportunity to be promoted from within via an operator class system that includes a written and practical test.

Genesee is so committed to their workforce, that, during the recession, Merle refused to lay off a single employee. The company has continued to grow, and Merle says he prefers to be the best, rather than the biggest. He’s concentrating on growing his company at a rate that will not only allow his people to move up and take on leadership responsibilities, but that will also provide the necessary resources to continue his philanthropic work, which includes frequent mission trips and providing assistances to a local school and food pantry.

“I’m living the American dream, and I want to give back,” he says. “And for the people that want to work, the sky’s the limit.” 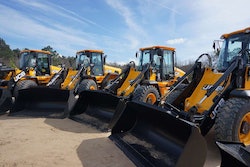 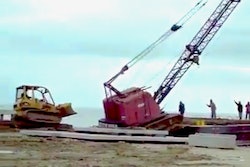 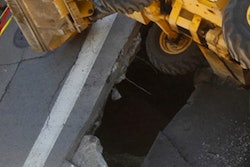