By changing the way it measures the 2015 F-450’s payload and towing ratings, Ford has thrown the latest punch in an ongoing debate with Ram over which brand of heavy-duty pickup has best-in-class towing.

Ford announced today that the newest F-450’s maximum towing rating now adheres to the SAE J2807 towing standard. Ford also announced that it would use base curb weights to determine the truck’s payload ratings moving forward. In the past, Ford has used its own methods for determining both of these ratings.

The automaker was the first to determine maximum payload rating in pickups using minimum curb weight, stripping certain equipment out of its pickups in order to lower their weight and boost ratings, as Automotive News points out.

When it comes to towing ratings, Ram recently adopted the J2807 towing standard across all of its 2015 trucks and GM has announced J2807-compliant ratings for the 2015 Chevrolet Silverado and GMC Sierra 1500s. Ford announced in February that the 2015 F-150 would be rated according to the standard. Unlike the F-450, Ford’s other Super Duty pickups, the F-250 and F-350, won’t follow the standard until they receive a redesign. However, a Ford spokesperson did tell Automotive News that their “maximum payloads would be restated using base curb weights.”

Using the J2807 standard, the crew-cab 4×4 F-450 was actually able to retain the maximum towing rating of 31,200 pounds that Ford previously touted from internal testing. That figure is 2,200 pounds more than the truck’s closest competitor, the Ram 3500 4×4, and Ford is claiming a best-in-class rating.

However, Ram previously argued that Ford can’t make that claim because technically, the F-450 is a Class 4 pickup, unlike the Class 3 Ram 3500. Despite the fact that the F-450 actually uses an F-350 frame, Class 3 pickups must have a gross vehicle weight rating (GVWR) of 14,000 pounds and lower. GVWR is the max amount the vehicle can weigh and the F-450’s was higher than 14,000 pounds.

In response, and as part of the migration to the J2807 standard, Ford now uses base curb weights to determine max payload which not only lowered the F-450’s max payload 150 pounds to 5,300, but also put the truck’s GVWR under 14,000 pounds.

So, in the end, migrating to the stricter standards were a win-win for Ford. Not only does it put the F-450 in line with other manufacturers using the J2807 standard—thus making it easier for customer comparisons between brands—it also allows the truck to claim best-in-class towing title among Class 3 trucks.

Moving to the J2807 standard also upped the F-450’s undisputed claim to best-in-class gross combined weight rating (GCWR) from 40,000 pounds to 40,400 pounds. GCWR measures the maximum amount of weight a truck can haul combining the weight of the vehicle and the trailer.

“We leave no doubt with customers that the F-450 pickup truck has best-in-class towing of 31,200 pounds—whether tested using our own internal towing standards or SAE J2807,” Raj Nair, Ford’s vice president for global product development, said in a prepared statement. 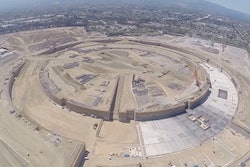 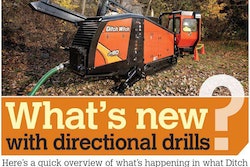 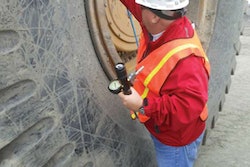