Although the P185 and C185 air compressors look the same on the outside, the Tier 4 Final engine has meant significant changes inside,” says Russ Warner with Doosan Portable Power.

In introducing what it claims are the industry’s first Tier 4 Final air compressors, Doosan opted to use a 49-horsepower Deutz D2.9 4L that requires only a diesel oxidation catalyst for aftertreatment, thus avoiding using a diesel particulate filter.  “We didn’t want to change the packaging on our units, and this still gives us the solid torque curve we require.”

Contractors got a sneak peak at the compressors during World of Concrete being held this week in Las Vegas. The 100 psi at 185 cfm P185 and C185 offer seven to nine hours runtime at 100 percent load, respectively.

Another change is the operator control panel on the two units (the P185 is Doosan’s premium product, while the C185 is a value product). The LED backlit displays gives multiple display parameters, including ambient temperature, engine oil pressure, percent engine load and airend temperature.  A push-button start, larger gauges and scrollable digital displays help ease operations. “And any faults are displayed in ‘plain English’ rather than in a code, so operators can quickly understand what’s happening,” Warner says.

Other features include a galvanneal steel enclosure that prevents rust and corrosion,, a fold-up A frame drawbar and heavy-duty running gear that lessens shock transfer to components in transport. 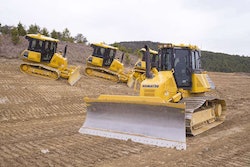 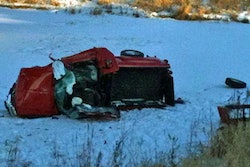 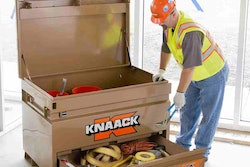