An awesome, young company in Hastings, Minnesota is bringing the thrill of operating heavy machinery to the masses.

Anyone who has ever driven a bulldozer, or an excavator, or even a skid-steer knows it’s a singular experience. It combines a feeling of power with one of nostalgia, of playing in the dirt as a kid.

So think of Extreme Sandbox as…well…an extreme sandbox for adults. The company allows the general public to enter a huge sand pit and operate excavators, skid-steers and bulldozers, according to a report from Minnesota Public Radio.

There’s an obstacle course as well as heavy equipment versions of golf and basketball for patrons to try their hand at. But based on the article, we’d wager that car smashing, pictured above, is the most popular attraction.

Randy Stenger owns Extreme Sandbox and told MPR that he got the idea from his 8-year-old son a few years ago. After two years of searching for a community whose zoning rules allowed for a “year-round construction site,” Stenger opened Extreme Sandbox in April 2012.

As you’d imagine, there are numerous safety measures required by the company’s insurance provider. Among those are remote kill switches for the machines as well as training and constant radio communication between Extreme Sandbox staff and whoever is operating the equipment.

The company has seen more than 500 folks play in its sandbox ranging in age from 14 to 78 years old. Stenger said there’s one successful stat in particular he’s been most surprised by—more than one-third of the company’s customers are women. 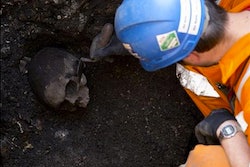 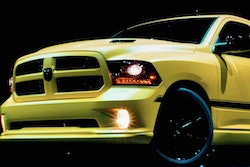 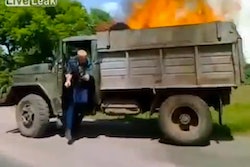