Three vehicle owners, a married couple and one other person, are suing Ford due to what they call serious “design, manufacturing, or assembly defects” in the company’s 3.5-liter V-6 EcoBoost engine.

According to the plaintiffs, the defects have caused their vehicles, a 2010 Taurus in the couple’s case and a F-150 in the other, “to shake, misfire and rapidly lose power,” according to a report from Automotive News.

The suit states that the problems, which have occurred at highway speeds, are caused by moisture buildup in the engines’ intercooler.

Though the National Highway Traffic Safety Administration hasn’t opened an investigation and Ford hasn’t held any recalls on the engine, the lawsuit states that the NHTSA has received nearly 100 complaints about the EcoBoost engine.

The suit alleges that Ford knew about the problem because it notified dealers of the problem and published materials for technicians.

A Ford spokesperson declined to comment to Automotive News because the company had not yet fully reviewed the lawsuit. 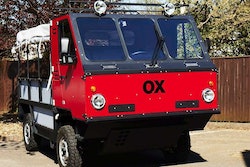 GEAR: OX flat-pack truck carries 2.2 tons, can be assembled by hand in 11.5 hours 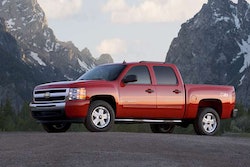