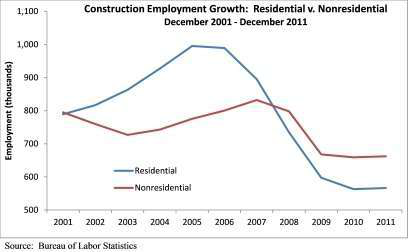 according to a Jan. 6 report from the Associated Builders and Contractors (ABC).

However, ABC Chief Economist Anirban Basu says this rise in unemployment shouldn’t cause too much alarm.

“The increase in construction unemployment is primarily associated with seasonal factors and should not be interpreted as evidence of industry decline,” Basu says in a written press statement.

ABC notes that according to the Jan. 6 jobs report by the U.S. Labor Department, despite the addition of 17,000 jobs in December, the nation’s construction industry unemployment rate jumped to 16 percent last month, a sharp increase from 13.1 percent in November, but down from 20.7 percent the same time last year.