With construction economic pundits seeing most of 2011 as a slow ramp-up recovery, it’s easy to assume any increased manpower needs will be easily met.

But during the past two years, we’ve averaged 19 percent construction unemployment. We’ll feel the effects of this massive decline in our employment numbers for years to come.

One, fewer new people have entered the industry, a situation now going into its third year. In 2008, the U.S. Bureau of Labor Statistics pegged the average construction craft worker’s age at 47. Guess what happens to that average when there’s a dearth of newbies to balance things out?

Two, if you think construction had a bad rep before, try telling a young person they have a future in an industry that declined by 1.5 million-plus jobs in the past two years. And the industry’s perceived negatives are still there: it’s hard, physical labor, usually done in what Mother Nature has to offer that day, often dismissed as lowly work.

In the depths of construction’s depression, this group anted up for the future.

So not only are our recruitment challenges still with us, they’ve been underlined and are now followed by a few exclamation points. Which is why I applaud the foresight of the Alabama construction industry with their recently launched Go Build Alabama campaign – funded by an employer fee of .009 cents levied on worker wages that went into effect earlier this year. In the depths of construction’s depression, this group anted up for the future.

This fee – estimated to generate $1.75 million per year – is paying for a slick advertising campaign that launched on Labor Day weekend, featuring Mike Rowe of “Dirty Jobs” fame. (Rowe also signed on as Caterpillar’s spokesperson in July.) Construction jobs, Rowe says in promoting the campaign, are “not alternatives to viable careers, they are viable careers.”

The ads – including a 24-page insert in local newspapers – are just the start of a five-year plan aimed at attracting a new generation of skilled crafts people. “We hope it will be a national model,” says Tim Alford, executive director of the Alabama Construction Recuritment Initiative, created by the state legislation funding this effort.

Construction recruitment is hard enough when times are good – and they will be good again. While in five year’s time it’s too much to expect a complete about face on how kids and parents view construction work, it would be encouraging to find we’ve made measurable progress in the right direction. EW

Download a free app on your smartphone from http://www.gettag.mobi and point your phone at this square to see a video of Mike Rowe promoting Go Build Alabama. For details, see page 16. 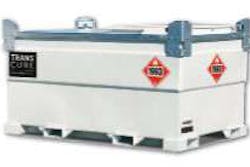 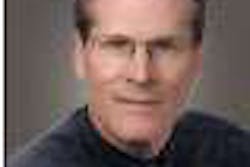 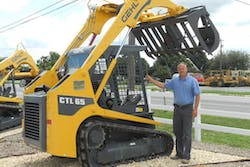 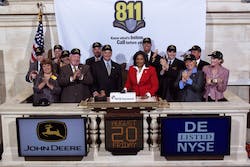