Cat Auction goes back to roots

Cat Auction Services will hold an unreserved public auction of heavy equipment June 17 in the city where it held its inaugural event in 2008.

The upcoming auction in Des Moines, Iowa, to be held at the Delaware Avenue yard of contractor McAninch Corporation, will feature used excavators, dozers, loaders, trucks and other equipment types from a variety of manufacturers. As of May 20, more than 230 pieces of equipment had been consigned. Many of the pieces being added weekly by Cat Auction Services qualify for an extended equipment protection plan.

“We’re thrilled to be coming back to Des Moines to the site where we kicked everything off a year-and-a-half ago,” says Rick Albin, Cat Auction president. “As a company, we’ve come a long way in a short amount of time – our audiences have grown significantly larger, we’ve drastically improved our online bidding system, and the services and products we provide have expanded.” The feedback to the company’s auction-theater setup and Leaderboard display has been particularly positive, he says.

In addition to offering on-site bidding, Cat auctions attract thousands of bidders online. Through a proprietary online bidding system, Cat Auction Services is able to tailor the experience to match that of its on-site participants, says Albin. “There’s nothing quite like the thrill of an on-site auction – it’s an exciting, fast-paced event,” he says. “But recognizing that a huge number of our customers are following us online, we’ve done absolutely everything in our power to bring that level of energy to the Internet, ensuring everyone is a part of the action.”

Cat Auction Services, based in Shakopee, Minn., was formed through a partnership of Caterpillar dealers with the endorsement of equipment manufacturing giant Caterpillar, Inc. Since entering the heavy equipment auction arena, the company has held events drawing buyers from 49 states and nearly three dozen countries. 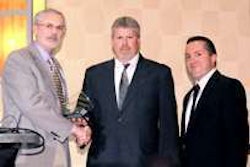 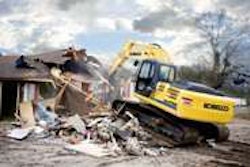 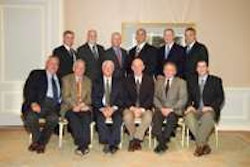