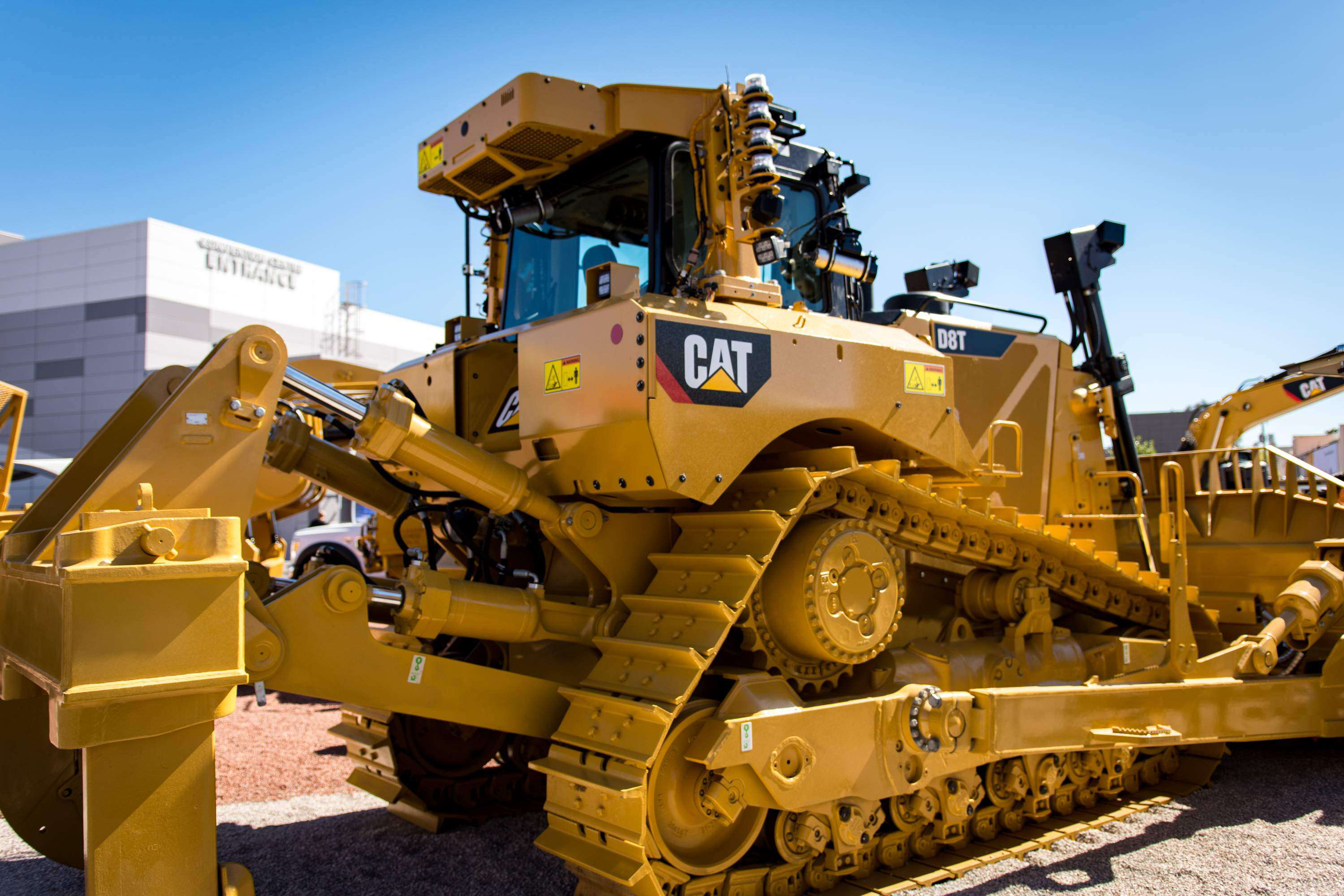 ConExpo attendees will be able to sit in a simulator-type set up in Caterpillar’s Gold Lot booth and remotely operate a D8T located at the company’s Edwards Demonstration & Learning Center in Peoria, some 1,700 miles away.

In what is called a Command Trailer, operators behind the D8T controls can take the machine around a designated travel area, viewing the operation through four cameras (three in front, one in the rear) on the Peoria machine.

Brad Van De Ver, Cat expert heavy equipment operator, showed us how the set up works. (See video below.) “We’re running the machine fully wireless, we have full control of the machine, the same as you would if you were in the tractor.” Van De Ver takes off the parking brake, increases the throttle, and is in full control of the Peoria machine. “It’s exactly like you were in the machine itself,” he says, “and there’s little latency. In fact, the delay is almost what you’d find sitting in the machine.”

The cameras on the remote machine actually give the remote operator a bit better visibility than an operator would have in the actual cab, Van De Ver says. Safety is one of the primary reasons behind the remote-control set up. “In some situations, to operate the machine from the cab would put the operator in danger, so now we can remove the operator from the machine and give him a safe environment to get his work done,” he says.

In addition to the camera screens, a large touch screen display in front of the operator displays machine health information, such as engine rpms and temperature. Remote users can also engage features such as auto carry and automated blade assist.

Initially developed for mining operations using D11s and D10s, the remote control system is now getting into construction territory with the D8 version. “The steering controls are actually the same as on the D10 and D11 remote control versions,” Van De Ver says. The D8T, however, has differential steer. “D8s can get into some dangerous slope work and also operate in areas that have sloughed off, where there is unstable ground,” he says. Another hazardous operations include pushing slurry out of silt ponds — a situation where a dozer could potentially get buried — or working under a weakened bridge.

While focused on dozers now, Caterpillar is also looking at using this full remote-control technology on wheel loaders and excavators.

Depending on the dealer, users may be able to rent the Command Trailer. “Just like Grade Control system, where many dealers rent the system, it will depend on whether the dealer wants to invest in the technology to offer it as part of its rental strategy.”

Continues Meeker: “We feel like this will be an important piece in the future. And the great thing is, it’s ready to go right now.” 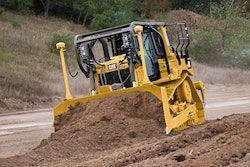 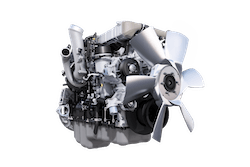 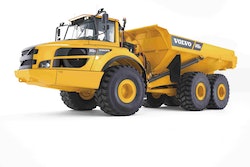