Because of its precision earthmoving capabilities, a dozer is one of the first machines a contractor considers upgrading with GPS grade control. But what about those contractors hesitant to take the $50,000 to $60,000 bite a full GPS system requires?

With Cat’s new small dozer lineup–the 80-horsepower D3K2, the 92-horsepower D4K2 and 104 horsepower D5K2–the emphasis is on offering a small step up in grade control, a toe in the water that just might get machine owners ready for a deeper plunge.

“Slope Indicate replicates a simple tool that tells him what slope he’s on,” says Joel Fritts with Caterpillar. “The operator doesn’t have to guess what slope he’s on any more because he knows by looking at the display on the tractor.

“With Slope Assist in the basic mode operators can now grade to the slope he determines by the last grade control position he makes, “ Fritts says. “The machine will automatically try to maintain that cross slope and main-fall blade angle. In the advance mode, you can actually enter a target cross slope and main-fall slope and the machine will grade to the target the operator selected.”

Since one of the goals of Slope Assist is to get owners comfortable with–and curious about–GPS,  the machines come plumbed for a full Cat AccuGrade Ready attachment, and can be easily upgraded to 3D capacity.

The K2 models also include Automatic Traction Control, designed to reduce track slippage when the machine encounters maximum load conditions. Unlike the previous K Series traction control system, which required operator interaction, this system automatically adjusts the machine to keep it moving steadily through a cut. Since the operator does not have to continually adjust the blade to prevent stalling, Cat says the system results in more consistent grades, reduced operator fatigue and longer undercarriage life.

An Eco Mode system gives the Tier 4 Final machines up to a 20 percent improvement in fuel economy, accomplished by reducing engine speed in less demanding conditions. Set one of two settings on the rotary throttle – forward/reverse or reverse only – and Eco Mode maintains engine speed at optimum levels. 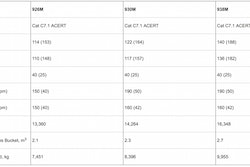 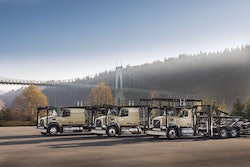 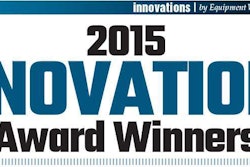