Editor’s Note: Mitch Cox was a finalist for 2012 Contractor of the Year. He started Mitch Cox Construction Inc. in 1980 in Johnson City, Tennessee. The company has 35 employees with annual volume of $8 million to $10 million. The company serves the MOB, renovation, office and retail construction markets.

Mitch Cox, CEO and founder of the company that bears his name, started his career developing commercial real estate, subcontracting the shells of buildings on his sites and using his own people to finish the interiors. As his hometown of Johnson City, Tennessee, continued to grow and prosper so did Mitch’s real estate business and construction division.

“We started with one guy, then two, three, four and just kept hiring,” Cox says.

Some 75 to 80 percent of the work performed by his construction division was for his own properties, including shopping centers, warehouses and flex space projects. “We probably built 20,000 to 30,000 square feet of office space every year,” Cox says. “We never ran out of work because if we finished with something we had in place, we’d just go build a spec office building.

The business model of a developer with a construction capability, works well in a small market like Johnson City. “We can create more work than the typical contractor,” Cox says. “We try to do as much design-build as we can. We’ve had an architect on staff for the last 10 or 11 years. Being multi-disciplined, having that architect on staff, and being able to do design-build has helped us in this down economy. It allows us to be a little choosier in doing what we know and what we’re good at.”

In 1997 Cox developed a 75-acre property for residential housing and mixed use. “For 20 years we avoided residential work. I used to pride myself on that,” Cox says. “I found out that building residential is a totally different business. You use a different set of subs because commercial subs just can’t compete with the smaller residential subs,” Cox says. “So getting started was like starting a new business where you have to build relationships. It took a couple of years before we could be competitive.”

Multifamily, however, has been a bright spot the last few years. “We’ve actually built 150 apartments in the last couple of years,” Cox says. The banks and government lending authorities are supporting multifamily, and he sees it as being a strong market for a few more years.

The company’s multi-disciplinary approach to building has not only proven to be a good formula for growth and profitability, it’s made a lot of happy customers. Roy Lee Robertson of Cherokee United Methodist Church credits Mitch Cox Construction with “value engineering” more than $200,000 in savings for a 77,000-square-foot church construction project.

“It was never a problem for the Cox team to move a door or a wall, change a ceiling height, move a heating duct, or slice through a rock as big as a car where the kitchen grease trap was to be installed,” Robertson says. “They worked very hard and built a quality facility at a reasonable cost. They had great rapport with their subcontractors, vendors and the city inspectors.”

Guy Wilson is a pharmacist who has known Mitch Cox most of his life but first got involved with him on a business level in 1989 when Cox built him a building. Wilson is on his third Mitch Cox Construction building now. He says as a pharmacist he appreciates the company’s professionalism, attention to detail and community involvement.

“He’s done an awful lot of philanthropic things, fairly large scale donations, particularly to youth organizations that he and his wife support.” Wilson says. “He’s very generous and well thought of in the community.”

Cox says he wanted somebody who was educated as a contractor, with good computer and communication skills. “I had to learn more about real estate and banking,” says McBride. “And my job is more of a business development role now – contract negotiations, preconstruction management, things like that. The building is easy. That’s the fun part. The challenge is when that opportunity first comes through the door – selling yourself and the company, why we can do it better and more efficiently and with better quality than others.”

And what sells the company, McBride says, is teamwork and experience. There’s a lot of good chemistry between Mitch, the development partners and the architect, he says. “We’ve all worked together for years, to the point where we can help each other out. That carries through to our field staff, our supervisors and foremen. We don’t have a high turnover rate here. Many of our guys have been here 14, 15, 16 years.”

Cox says the construction landscape changed significantly during the recession. He thinks today’s economy makes it harder, if not impossible, for young people to do what he’s done, to diversify and do both development and construction. The constrained lending environment today will make it much more difficult, he says.

The reason his company was able to survive during the recession is that its diversity allowed it to be flexible, follow the market and focus on what was working, Cox says. That formula is almost impossible to recreate for construction companies getting started today.

“Commercial real estate was the premier driver for which banks loaned money in the past,” says Cox. “When they turned off the money supply, they turned off new development.”

Bonding companies also pose a challenge. “In the last three or four years, clients and the banks have required contractors to bond jobs more than in the past,” Cox says.

The other key, says Cox, is something that’s echoed in some of the top business books he credits with shaping his thinking early on. These include Napoleon Hill’s “Think and Grow Rich;” “The Power of Positive Thinking,” by Norman Vincent Peale; and more recently “Good to Great” by Jim Collins.

Another lesson Cox has learned, that’s detailed in Collins’ latest book “Great By Choice,” is having the discipline to make very slow changes even after you know it’s absolutely the right thing to do and you’ve done all your due diligence. “When I look back at my life, the things that have hurt me were usually when I’d jumped out and done something sporadically, instead of for a good reason … something I did as a knee kick reaction to something else.”

Cox sees the economy starting to turn around, but the government and regulatory environment won’t make anything easier. The Dodd-Frank financial reform bill and Obamacare are going to be toughest on entrepreneurs and small companies trying to make a go of it for the first time, he says.

Nonetheless, Cox maintains a positive outlook, true to his reading list. The key, he says is to find your niche and refine it until you’re better than anyone else. “Specialize,” he says. “All of us have different sweet spots. The secret is to stay in that niche and be the best in that niche.” If you do that and you pursue your goals with an insatiable desire, you will be successful, no matter what happens, he says. 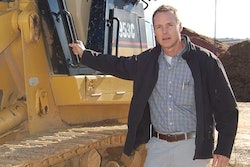 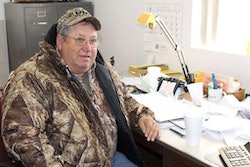 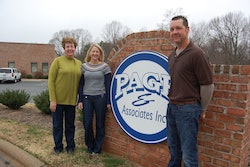 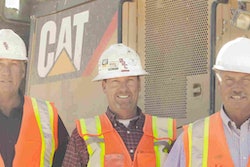