An avid sportsman, Beam, 51, loves spending time outdoors – making construction an ideal profession. But when the recession hit and jeopardized the future of his company, he aimed for survival and crossed over into new markets.Patiently waiting for his target has landed Steve Beam big bucks with both of his passions: hunting and construction.

Road to success
Beam got his first taste of the construction industry at age 12 working summers with his father’s asphalt company. He later joined Distributive Education Clubs of America (DECA), which allowed him to work with his dad part time during the school day.

After high school, Beam attended college for a year but “felt like I needed to be working.” So at 19, he got married and started working full time for his father. After gaining more experience, he got equipment from his father, a $1,000 loan from his uncle and launched Steve Beam Construction in 1990.

Beam continued to follow in his father’s footsteps with asphalt work for a few more years before venturing into concrete projects, such as roadwork and street scraping, in the mid 1990s. “The asphalt projects were working me to death, so I got out of the market altogether,” Beam says. “Doing that allowed the business to grow a little, and it was easier to find workers for concrete jobs.”

Most of Beam’s projects were within a 50-mile radius of his office, but if he saw a slow period coming, he would look for work further away.

Out of the box
Like most in the construction industry, Beam’s business was not immune to the recession. “Construction can be a feast or famine sometimes,” he says.

In 2008, Steve Beam Construction experienced its first year in the red, losing $130,000 and going from 40 to 30 employees. “After losing the money, I realized we couldn’t bid cheap to just get jobs,” he says.

To compensate for their loss, Beam started looking at general contracting projects. “Bidding those jobs was more competitive,” he says. “But we tried to find work to keep our employees busy without having to construct things for dirt cheap.”

They continued to expand their offerings by looking beyond just concrete work, which led to one of their most notable projects: the War Eagle Bridge in Northwest Arkansas.

Built in 1907, the bridge needed revamping, painting and new boards. “It was out of our normal element,” Beam says. “But we had to diversify our services and get what work was available. The War Eagle Bridge helped us cross over to new markets.” In addition to winning more bridge projects, Beam did remodeling work at the local Harley Davidson store and valve replacements under an Ozark lake.

“I’ve learned a lot about how concrete works from making it on a small scale,” Beam says.

Watch the books
With an expanding list of services, Beam’s attention to detail became especially important to their survival.

He always kept a close eye on the books, but he’s had to tighten up spending even more since 2008. “Before, if you spent a little bit over budget, it was OK,” he says. “Now, contractors are dropping their prices, and you can’t afford to make any mistakes.”

In the past, Beam’s project managers could buy whatever materials were needed, but not anymore. They have to first call and get a purchase order number. “It’s made them think about what they are buying,” Beam says. “Spending has dropped dramatically.”

Another way Beam looks to save money is by purchasing equipment. “It is an investment,” Beam says. “With renting, I feel like I’m wasting money.” His mechanic also performs preventive maintenance on his mainly Caterpillar fleet – which includes backhoes, dump trucks, skid steers, dozers and laser screeds – to minimize future problems. “It’s money well-spent.”

Family man
Although Steve continued to expand and differentiate his services, he didn’t lose sight of what was most important: his wife and four children. “That’s what it’s all about,” he says.

His sons work with him during their summer breaks from school, and he says they may take over the company one day – although he doesn’t expect to retire anytime soon. “I feel like the construction industry is in my blood,” he says. “I’ve always liked hard work. I felt like if I went home and was tired, I had done a good job. So, construction was just natural for me.”

And his hard work and passion for the industry haven’t gone unnoticed. “He does good work, and we’re happy when he bids on a project,” says Stan Snodgrass, with the city of Fort Smith’s engineering department. “He runs a reliable, well-equipped, safe company.”

“He is not only good to me as a supplier, but he’s good to the people who work for him. He’s a wonderful contractor,” says Bill McCorkle, APAC. “The people he works for like him because they know he has a reputation for doing exactly what he says, and generally more. That’s just the kind of individual Steve is. He’s a good family man, and he’s just a great guy.”

But Beam isn’t content with resting on his achievements. His goal is to eventually grow the $3.8 million annual revenue company to $8 million. “If you don’t keep striving to improve yourself, you get stagnant,” Beam says. “At that point, you’re giving up.”

And with Beam’s never-quit attitude, he’s definitely not throwing in the towel – or shotgun – anytime soon.

To view a video of Steve Beam’s advice for contractors starting out, go to equipmentworld.com/digital or use your smartphone to scan the tag. 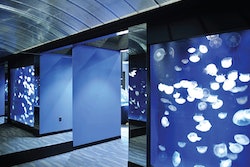 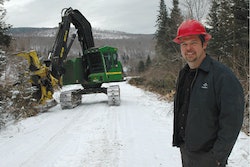 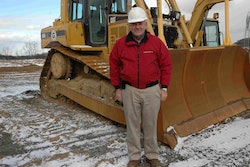