Marcia Doyle
Nov 18, 2021
Deere's construction and agricultural machines are once again in full production following the end of a five-week strike.
John Deere

What UAW had termed "minor modifications" in Deere & Company's third proposal apparently were enough to persuade 10,000-plus striking union members to accept the deal. After voting 61% to 39% in favor of ratification, union members began reporting to work, ending the five-week strike.

The six-year agreement includes an $8,500 signing bonus, 20% increase in wages over the lifetime of the contract with 10% of that increase occurring this year, a return to cost-of-living adjustments and three 3% lump-sum payments. Union members also received enhanced retirement options and additional bumps in Deere's incentive compensation plan.

“Our members courageous willingness to strike in order to attain a better standard of living and a more secure retirement resulted in a groundbreaking contract and sets a new standard for workers not only within the UAW but throughout the country,” says Chuck Browning, vice president of the UAW and director of the UAW Agricultural Implement department. "They have started a movement for workers in this country by what was achieved here today, and they have earned the admiration and respect of all that strive for what is just and equitable in the workplace.”

"I'm pleased our highly skilled employees are back to work building and supporting the industry-leading products which make our customers more profitable and sustainable," says John C. May, Deere chairman and CEO.  "John Deere's success depends on the success of our people. Through our new collective bargaining agreements, we're giving employees the opportunity to earn wages and benefits that are the best in our industries and are groundbreaking in many ways. We have faith that, in return, our employees will find new and better ways to improve our competitiveness and transform the way our customers do their work. Together, our future is bright."

Support for the revised contract varied by plant. At Deere's Dubuque Works, UAW members voted 68% in favor. Support was even stronger at the Davenport Works, where 77% of members voted yes. But at UAW Local 838 in Waterloo, Iowa, 56% voted against the ratification. 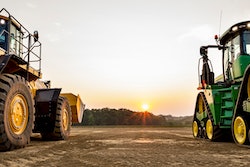 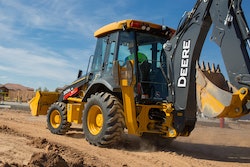 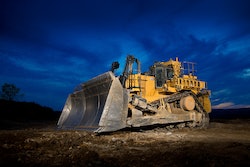