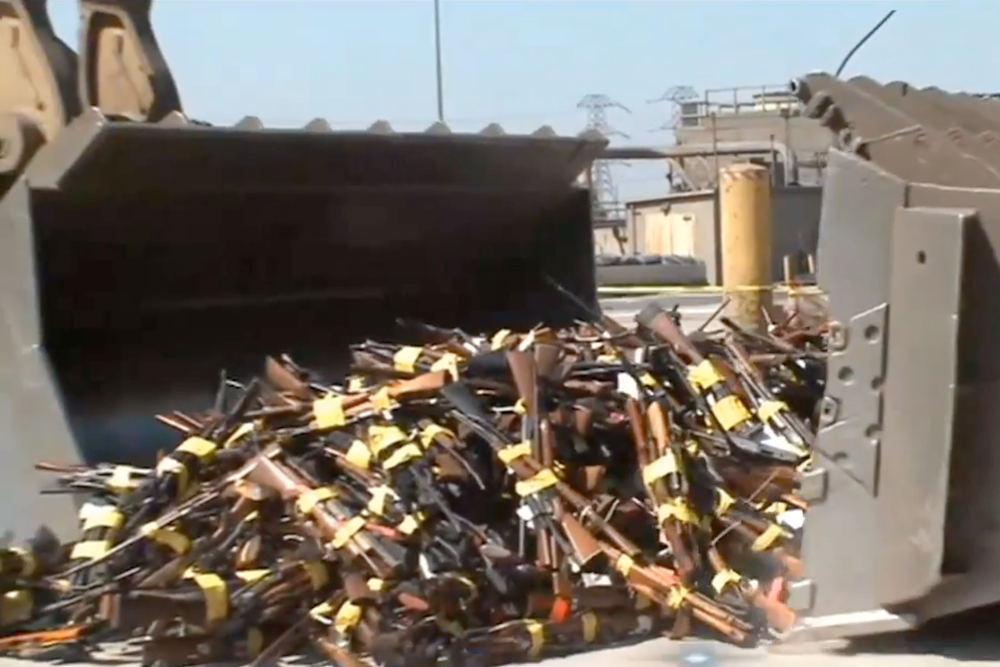 Wheel loaders scooped up nearly 5,000 guns to be melted down for road construction at the LA Sheriff’s Department’s annual Gun Melt.

Thousands of handguns, rifles and other weapons have been destroyed to eventually be used in construction of roads and bridges.

Nearly 5,000 weapons were melted and converted into steel rebar as part of the Los Angeles County Sheriff’s Department’s 21st annual Gun Melt event. More than 178,000 weapons have been destroyed as part of the event since its inception.

Not everyone agrees with the decision to destroy the firearms. Sam Paredes, spokesperson for Gun Owners of California, said officials should sell the confiscated firearms on the legal gun market and use that revenue to promote gun safety in the community.