China used more cement in 3 years than the U.S. used during the entire 20th Century

So you’ve probably heard at least a little bit about the wildly expanding middle class in China and the extremely rapid growth of once-rural and tiny cities into giant metropolises just in the last couple of decades. But here is a statistic and a photo to put all of that into context, via Bill Gates.

Above you’ll see an animated GIF of Shanghai. As the transition wipes up, you’ll see a photo of the city in 1987 transform into an entirely different place by 2010. As Gates points out in an excellent blog post, all of that transformation was made possible with a lot of concrete, steel and glass.

In fact, from 2011 to 2013, China used 6.5 gigatons of cement. That’s more than the United States used during the entire 20th Century, according to the United States Geological Survey. Just think about that. Think about how much all of our major American cities grew during that 100 years. That type of growth is happening in many more Chinese cities and at a much faster rate.

Gates got the stat from a book called Making the Modern World: Materials and Dematerialization by Vaclav Smil. Gates continues:

“(Smil) argues that the most important man-made material is concrete, both in terms of the amount we produce each year and the total mass we’ve laid down. Concrete is the foundation (literally) for the massive expansion of urban areas of the past several decades, which has been a big factor in cutting the rate of extreme poverty in half since 1990. In 1950, the world made roughly as much steel as cement (a key ingredient in concrete); by 2010, steel production had grown by a factor of 8, but cement had gone up by a factor of 25.” 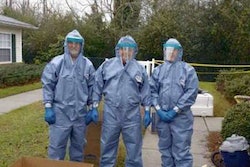 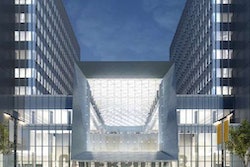