The President and Vice President took their lunch outside the White House on Friday and treated four construction workers to burgers and fries as part of the Obama administration’s push to increase highway construction funding.

President Barack Obama and Vice President Joe Biden ate at a Shake Shack restaurant a few blocks away from the White House with construction workers Abdullahi Mohamed, Antonio Byrd, Aidin Sarabi and Meredith Upchurch, according to a report from the New York Daily News.

The workers were all apart of a recently completed $9.1 million road reconstruction project. The project has received $6.9 million in federal funding.

Obama told media at the lunch, “If Congress does not act, then by the end of this summer, we could have hundreds of thousands of projects like this all across the country stop.”

Last month, Transportation Sec. Anthony Foxx presented the GROW AMERICA Act to Congress, a bill based on  Obama’s 4-year, $302 billion transportation reauthorization proposal. Foxx said the bill aims to create jobs while offering a solution to fix the Highway Trust Fund (HTF) before it runs out of money this summer. 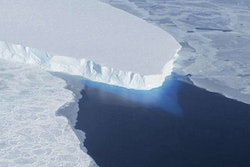 Global warming: There is no solution…as long as we look to Washington to provide it