A U.S. Senate panel that has investigated Microsoft, Hewlett-Packard and Apple for avoiding paying federal taxes has now turned its attention to Caterpillar, according to a report from Bloomberg.

The panel is investigating whether Caterpillar shifted profits overseas to avoid paying taxes, the report says, citing three anonymous sources. In early April, the Senate’s Permanent Subcommittee on Investigations will hold a hearing on the matter, the sources said.

The investigation reportedly stems from on allegations made in a 2009 lawsuit in federal court by a former Cat employee who worked on tax strategy. The employee, Daniel Schlicksup, alleged Cat used a “Swiss structure” to avoid $2 billion in U.S. taxes by moving profits to offshore companies.

The practice of shifting profits overseas is not uncommon for large companies in the U.S. since the corporate tax rate here is 35 percent—the world’s highest. And while U.S. companies can defer taxes on foreign income, they must pay up when they bring those profits home.

Schlicksup alleged that Caterpillar avoided taxes when bringing those profits home through a “Bermuda structure” which involves shell companies returning profits to the U.S.

While Schlicksup’s lawsuit was settled in 2012, Caterpillar denied the allegations about its tax strategy.

Bloomberg reports that Caterpillar had accumulated $17 billion in untaxed overseas profits as of December 31. And, in a securities filing last month, Caterpillar reported that it had received notices from the Internal Revenue Service  that it owes more in federal taxes. Caterpillar said it would “vigorously contest” such adjustments. 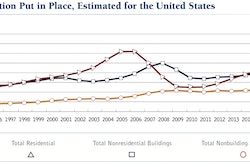 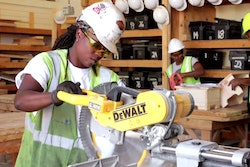