“Construction is growing, but it is growing unevenly,” said Ken Simonson, chief economist for the Associated General Contractors of America. Simonson sees growth in three niches: “the shale gale” of oil shale development; expansion of the Panama Canal, prompting port and intermodal expansion on both coasts; and the big gains housing construction has made in the past year.

However, “we’ve seen a lot of progress in housing, but it still has a long way to go,” warned Kermit Baker, chief economist with the American Institute of Architects. He noted there is a regional pattern to housing gains; some of the areas hardest hit by the housing depression are now seeing the greatest year-over-year increases, including Phoenix, up 23 percent; Las Vegas, up 15 percent and Miami, up 10 percent.

Baker expects housing starts at the end of 2013 to be up 30 percent over 2012 levels. “Even the lowest projection among economists has a 20 percent increase,” he said. AIA sees housing growing to 1.3 million starts by the end of 2014, still below what used to be a 1.7 million average. “It will be 2017 before we get back to those levels,” he said.

On the nonresidential side, market fundamentals are generally positive and point to further growth, Baker said. “The AIA Index is as healthy as it’s been in years, with eight straight months of increases.” (The AIA Index, now at 51.9, charts responses from architects on expected billings growth/decline, with the premise that design activity precedes construction spending by around 10 months. An index above 50 indicates positive growth.) “We expect growth to remain relatively muted. There are still a lot of challenges as we go through this year.”

According to AGC’s Simonson, those challenges include a continuing slowdown in government spending. “Sequestration has been a slope and not a cliff, since some government agencies started cutting as early as October,” he said. “Unfortunately, it’s a slope where you don’t see the bottom. Our outlook for government spending remains negative for the next two years.”

Simonson also cited two other trends he feels will impact construction negatively: consumers switching to online spending, leading to a decline in built retail space; and the continuing shrinkage of office space per employee, as employers make do with fewer employees and allow more to telecommute.

And there’s still a steep slope to climb, cautioned the third economist on the call, Bernard Markstein, U.S. chief economist, Reed Construction Data. “We’re looking at a long period of recovery. Even in 2014, in terms of overall construction spending, we won’t be back to the meeting the long term needs of the economy. You need housing starts to be in the 1.5 million range, and that won’t happen until 2015 or later.” 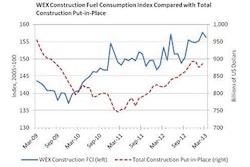 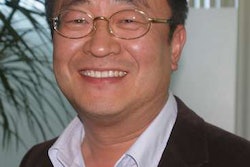