Tracking what one seller – Ritchie Bros. Auctioneers – sold worldwide in 2011 from U.S. equipment auctions illustrates the global reach of U.S.-sourced equipment. Ritchie sold this equipment to more than 30 countries – and only seven currently have ULSD fuel.

A Deere 650JXLT dozer with 736 hours and Doosan DX225LC with 12 hours have something in common: both were Tier 4 Interim compliant machines sold at U.S. auctions this year. Selling those same machines four years from now in South America or Mexico may be problematic, however. Ultra low sulfur diesel (ULSD) isn’t available in either of those areas, both big buyers of used U.S. equipment. Nor is this fuel likely to be available in these regions any time soon. The same is true for most countries in the world. Tier 4 machines (except for some Interim Selective Catalytic Reduction units) now run on ULSD, which has sulfur content of 15 parts-per-millions or below. Fuel containing more sulfur produces corrosives in the combustion process, harming emission control devices that may be complicated to take off.

This chart tracks the amount of equipment global customers of mega auctioneer Ritchie Bros. Auctioneers bought from U.S. auctions in 2011. Amounts vary from year to year and region to region, but Ritchie estimates on average 15 percent of the machines sold in the states leave the country each year.

Couple Ritchie’s 2011 U.S.-auction-based worldwide sales figures (some ranges are broad) with the United Nation’s Environment Programme’s reported global diesel fuel sulfur levels, and you get a picture of the possible limited market situation facing U.S. equipment sellers in a few years. One bright spot for an enterprising few: it also offers a potential business opportunity for “de-tiering” solutions that outfit machines for use in lower regulated countries. 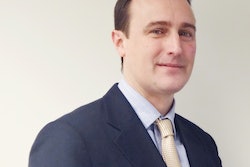 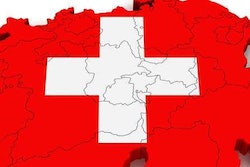 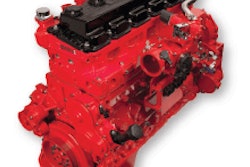 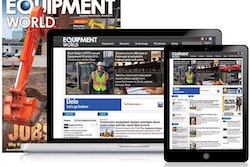