DPF service intervals are few and far between – but stay on your toes; the filters work so well they sometimes mask serious engine problems

If you’ve bought a new diesel engine truck since 2007 or in some cases a new piece of equipment this year, there may be a new service interval to add to your preventive maintenance schedules. 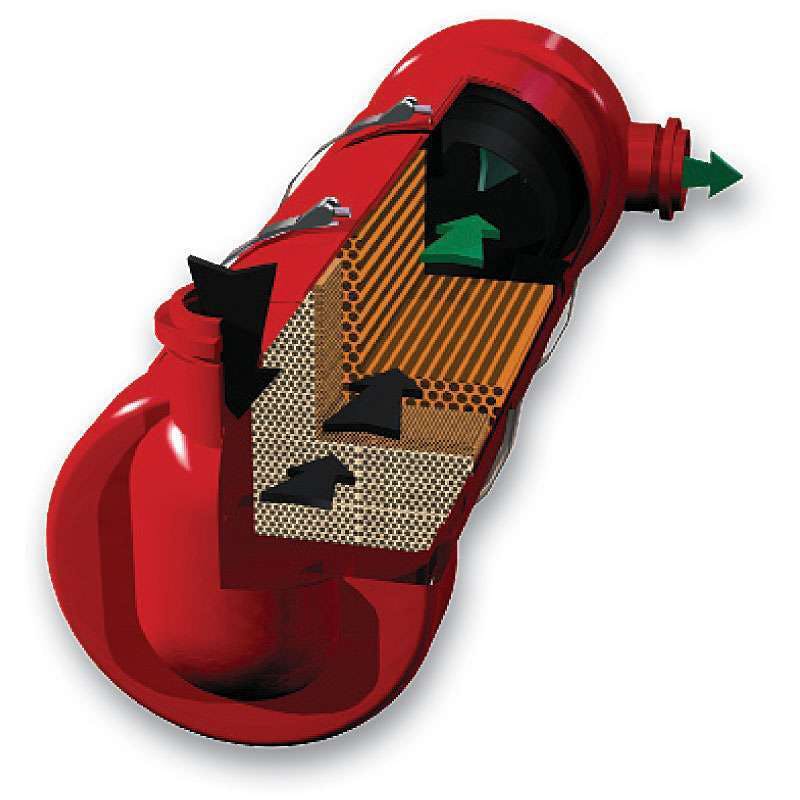 Dirty exhaust enters the DPF, and soot is trapped on the coated ceramic honeycomb

The new service item is diesel particulate filter maintenance. The DPF is an exhaust filter that helps these engines meet tough new emissions requirements. All heavy-duty diesel trucks engines built since 2007 come with a DPF. And many off-road equipment engines starting this year will come equipped with the device – especially those in the higher horsepower bands.

DPFs capture soot or particulate matter before it has a chance to exit the exhaust stack.

In fact, soot levels have been cut more than more than 99 percent in 10 years, thanks in large part to the DPF. But there’s a Catch-22 in this good news. The DPF is so good at scrubbing particulate emissions from your exhaust stacks that it can conceal the visible smoke that used to be a tell-tale sign of engine problems.

To help you understand the how the maintenance requirements have changed, let’s first look at how a DPF works.

A DPF is much like a catalytic converter on a car. It is a large, ceramic based filter coated with precious metal catalysts and encased in a steel canister plumbed into your exhaust system.

When soot laden exhaust enters the DPF, it is trapped on the surface of the filter. The soot is quickly burned off under normal operating temperatures – a process the industry calls passive regeneration. However, if the operating temps don’t get high enough, which may occur in cold temperatures, stop-and-start operations or when idling for long periods of time, a quick burst of fuel from a “seventh” fuel injector into the DPF will raise temperatures and burn off any soot accumulations. This is sometimes referred to as active regeneration. The terms active and passive are a little misleading in that the operator doesn’t actually do anything in either case. Sensors in the exhaust system tell it when active regeneration is needed and it takes place automatically. 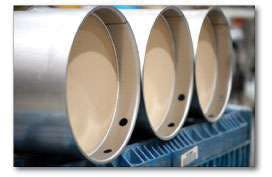 Eventually, however, trace amounts of ash from the combustion of lube oil will collect on the interior surfaces of your DPF. Ash doesn’t burn, so it has to be mechanically cleaned out when it reaches the point where it impedes exhaust backpressure. And once the filter reaches that state, a backpressure light will come on indicating that DPF cleaning is due.

Using the new low-ash oil formulations, designated with an American Petroleum Institute CJ-4 label, is imperative with these engines. You should also be using ultra low sulfur diesel fuel in any truck or machine equipped with a DPF as the higher sulfur content in low sulfur diesel can contaminate the precious metal (or catalyst) coatings on the filter honeycomb. This should not be a problem in the United States since LSD fuel has been phased out, but it could impact your ability to use or sell the truck or equipment to a buyer in another country with higher diesel sulfur levels.

There is no doubt that DPFs work as advertised, and have had a huge positive impact on making diesels run cleaner. But if there is one downside it is that they may mask serious engine problems that used to be easy to diagnose. On older engines, when you saw white or black smoke streaming from your exhaust stacks, you knew you had a blown turbo, a faulty injector, worn rings or coolant leaking into the cylinders or similar issues. But today’s DPFs will let little if any of that smoke escape. 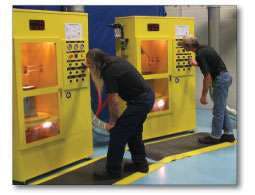 “That is a general concern for the entire industry,” says Rakesh Aneja, senior manager, product engineering at Daimler/Detroit Diesel. “Exhaust smoke is a classic indicator that something needs to be retuned, or maintenance work needs to be done. Now the filter is masking that and the diagnoses become more challenging. It may lead to aftertreatment failures if it is a high smoke condition and loading up the filter more and more.”

“When there are engine component failures, we don’t find out anymore by looking at the smoke,” says Fred Schmidt, business development director in the Donaldson Emissions Group. “We find out by the backpressure light activating.”

These kinds of engine problems should trip the backpressure warning light in a short period of time – but any time the light comes on drivers or operators should immediately notify the shop. Normal plugging of a DPF with ash is not an emergency situation; you can still drive or operate the equipment for a few days and suffer nothing more than a small fuel economy penalty, Aneja says. But if the plugging is caused by engine component failures you could be throwing a lot more than soot or ash into the filter and this kind of contamination could quickly ruin the DPF.

“In effect, the DPF system has become a kind of engine warning system that something has gone wrong,” Schmidt says.

Rigorous oil sampling can help, but may not detect every potential threat to the DPF, Aneja says. The key to preventing engine component problems from cascading into your DPF is to stay on top of your overall engine maintenance. New engine diagnostic programs from the manufacturers can help you spot these kinds of problems before they reach the critical stage, he says.

The process of cleaning the DPF involves removing it and vacuuming or flushing out the ash, typically followed by a heat treatment or baking to incinerate any hard-to-reach particulate matter. Most manufacturers we talked to will take out your old DPF, put in a new one and give you a core credit for the old.

Most of the DPF cleaning is being handled by the truck dealerships. DPF cleaning equipment can be expensive for small fleets, as much as $80,000. “We have seen fleets purchase the recommended equipment, but the payoff will take a long time,” says Ed Saxman, Volvo’s powertrain product manager.

But there are a lot of variations in the cleaning systems and procedures, and DPF cleaning machines are offered for sale direct to fleets by different manufacturers. For example, Donaldson not only makes DPFs, but sells cleaning units to fleet customers. The Donaldson system costs approximately $20,000, Schmidt says, and achieves a one year payback for customers who anticipate doing more than 50 to 75 cleanings a year.

If you’re not doing your own DPF cleaning the service typically costs range from $250 to $700. That may sound like a lot, but keep in mind that the EPA required manufacturers to design their on-road DPFs to go at least 250,000 miles between cleanings.

DPFs are heavy enough to require a hoist to remove them from above or a jack to secure them if removed from below. The filter media itself could crack if dropped. Procedures for this work and warranty considerations will vary between different manufacturers so make sure you follow the OEM recommended guidelines.

Now that the truck engine manufacturers have had three years of results using DPFs, they say their engines are having no trouble exceeding the EPA’s 250,000 mile requirement. According to David McKenna, director of powertrain sales and marketing at Mack Trucks, the actual results their trucks have experienced is closer to 400,000 miles between service intervals.

Aneja says the cleaning intervals will vary according to how hard the engine works and how much oil is consumed. “For on highway truck applications that’s 300,000 to 400,000 miles, approximately,” he says. “But that’s not a fixed trigger. It depends on the duty cycle.” With today’s on-road DPFs pushing 400,000 miles between service intervals the expectation is that you should only need one DPF service procedure with a new or reman/cleaned DPF installed during the life of the engine, he says. “The customers wanted only one cleaning cycle in the life of the truck,” he says.

DPF maintenance for off-road is coming

Not every Tier 4 Interim engine will need a DPF. Most manufacturers worked hard to tweak engine parameters to avoid having to add new hardware. In the lower horsepower bands, many have been able to meet the emissions regulations with an oxidation catalyst that will last the life of the engine and never need maintenance – so-called “fit and forget” components.

For off-road engines, the EPA mandates the DPF must go at least 4,500 hours between cleanouts for engines 174 to 750 horsepower. Engines 75 to 173 horsepower must meet a minimum DPF service interval of 3,000 hours. Most manufacturers say their engines will exceed those requirements. Given that those hour figures represent several years of operation and that Tier 4 Interim standards just came due in January for engines above 174 horsepower, it’s still too early to tell. But if the on-road experience with DPFs is any indicator, the off-road engines should have no trouble meeting their target minimum hour levels for ash cleanout.

For those larger off-highway engines that do require DPFs, the technology, maintenance and ash cleaning will be essentially the same as for on-highway, says Kevan Browne at Cummins. The main difference between on- and off-road DPFs, he says, is the off-road versions will be built to withstand high shock loading and vibration tolerance, and to have more flexibility with installation configurations.

Since they’re still a couple years away, the service procedures for off-road DPFs have not been finalized by most dealers. Many talk of having an exchange program and core credits similar to those for on-road engines.

Note, however, that neglecting your air and fuel filters, cooling system, or oil drain intervals, as well as the previously mentioned engine component failure problems, can lead to excessive soot generation and shorten your DPF service intervals. “People used to be able to operate a diesel engine in a degraded state, but not anymore,” says Schmidt. “When that warning light comes on you need to take action more quickly.” 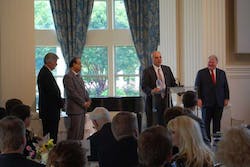 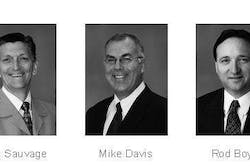 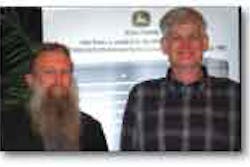 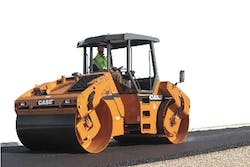