P&K will retain most Standridge employees, including Trey Adams and Josh Adams, who will continue to lead the Chickasha, Oklahoma and Duncan, Oklahoma locations.

JESCO is marking the 10th anniversary of its partnership with underground utility equipment manufacturer Ditch Witch.

JESCO says it has sold more than 2,000 mini-skid steers, nearly 3,000 Hammerhead moles and almost 500 vibratory plows across all locations during the past decade. The dealership serves the Mid-Atlantic and Northeast markets.

Blastrac, Diamatic to be rebranded as Husqvarna Construction

Husqvarna Construction has announced it will be rebranding its Blastrac and Diamantic surface preparation products and integrating them into the Husqvarna offering.

The first wave of rebranded products will launch in mid-2022 and will complement the Husqvarna’s existing lineup of floor grinding, scarifying and scraping equipment. The second wave targeting spring 2023 will include shot-blasting solutions and associated dust extractors.

The distributor serves an 83-county territory which spans Utah, Northern, Central & Western Nevada, Southeastern Oregon, Central & Southern Idaho, and Southwestern Wyoming. All employees will remain with the company through the transition.

Summit will operate as a subsidiary of First Financial, with all current associates continuing in their positions, including Founder and CEO Rick Ross. The transaction is expected to close in 2021.

Gearflow Named one of 2021’s ‘Most Disruptive MBA Startups’

Poets&Quants has named Gearflow.com, a construction equipment parts marketplace, one of 2021’s “most disruptive MBA startups.” The honor recognizes startups that have the greatest potential for lasting beyond business school.

Gearflow aims to solve the fragmented parts procurement process and its related strain on construction productivity, by allowing equipment owners to quickly find the parts they need from trusted suppliers. 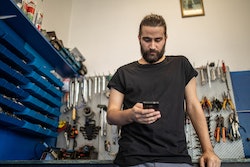 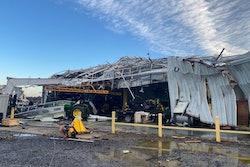 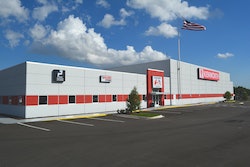