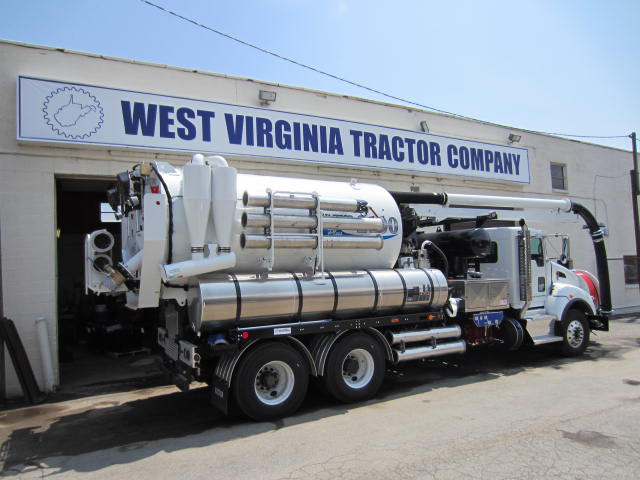 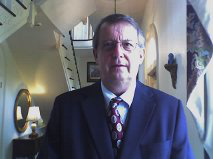 A Mark Twain enthusiast, Gary Grady is a soft-spoken, plain- speaking West Virginia native who just tells it like it is, with just the minimum number of words necessary to make his point.

Due to downsizing in mining and other industries, the small West Virginia market doesn’t suffer from a shortage of good people, including technicians, according to Grady. “We’re in a good place,” he says.

Q: I know you didn’t grow up in the equipment business – how did you make your entrance into this industry?

Grady: After college, the army and five years in public relations for a large natural gas company, I went to work for West Virginia Tractor. At that time, four brothers owned and ran it – one of them was my father-in-law, so I started out in advertising and sales and progressed from there.

My generation took over in 1982 and I’ve been the president ever since.

Q: That was a rough period for construction equipment distribution. How did you stay afloat when many dealers were closing their doors?

Grady: That was the worst time in our industry – much worse than the recent recession for equipment people. The world was coming to an end for equipment manufacturers and dealers.

We had to downsize. We were mostly big yellow iron, which wasn’t going any place. But in a small market like West Virginia, we were lucky to have the best municipal equipment lines like Elgin sweepers and Vactor sewer cleaners. So, we pulled back and focused on that type of industry.

Gradually, in the mid to late eighties, we started getting back into a normal construction equipment.

Q: What’s a piece of advice that has stuck with you, Gary?

Grady: I don’t know whether it was advice or just something that I learned on my own, but it’s basically be yourself. Don’t try to be something that you’re not.

Q: What websites do you check regularly?

Grady: I go to West Virginia Press [wvpress.org]; it has the news, all the weekly and daily papers in the state. And I would say about a third of them have their legal ads online. So that’s where I’ll go to find government business. You also get information about the city council meetings – what they’re thinking or what they’re planning on doing.

Q: What would you say today is the most serious pressure that’s challenging you as a dealership owner right now?

Grady: Some dealer agreements are starting to get out of hand. Factories have good lip service about how we’re all in this together, but it doesn’t it doesn’t really relate to what they do.

Q: So how do you build customer loyalty in this kind of atmosphere?

Grady: What we’re trying to do is provide quality equipment and parts and good service so they can really rely on us – we’ll also extend warranties that are beyond their deadlines and things like that. We create repeat customers, and it’s harder for those out-of-state guys to take them away.

Q: How would you describe the current mood of your customers?

Grady: Our West Virginia economy is not good; it hasn’t been good for decades. So, they can’t be really optimistic. Some politicians try to say we’re doing great, but we know what’s happening.

It’s just loss of population, which results in less money in the state coffers. We still do get government grants and government loans but probably not as much as we used to because we used to have a very powerful federal congressmen and senators like Rockefeller and Bird. But now, they’re mostly young and are new to the game. And as you know, it’s how long you’ve been in a committee that really counts.

Q: Is there anything the equipment industry is either doing or ignoring right now to its own peril?

Grady: Not realizing how to work with dealers better for online business. Some manufacturers are starting to accept direct sales over the Internet – like the GSA contracts and Sourcewell and two or three others – which will be really bad for a lot of dealers and eventually for the manufacturers.

Some manufacturers keep the local dealer in the game. Some don’t. There are ways to protect dealer territories, and some manufacturers have found the way and others haven’t. Some have, but they don’t enforce it. But for others, it’s absolutely not a factor.

Q: As a dealer that specializes in municipal work, do you get involved politically or serve on any local boards as a way to solidify and create new relationships?

Grady: No, I just work with them. For instance, I just worked with the Charleston finance committee about preferences for resident bidders. They’re studying the possibility of it, which will be good for us since we’re the only one among our competitors that’s actually a resident of the city.

You can’t get too political, you know. You can’t say ‘I’m backing this guy or that guy because that guy may lose.’

Grady: Make sure they know what to do and how to do it, and get out of their way.