The 880-foot ramp that took drivers from the Red Mountain Expressway (RME) to I-59/20 south and west in Birmingham, Ala., was demolished in an explosion on Sunday morning, February 3, when the Alabama Department of Transportation (ALDOT) set off controlled explosive charges around the support columns, AL.com reports. The bridge dropped straight down to the ground 50 feet below.

The ramp’s demolition was part of the $475 million project to rebuild the I-59/20 interstate bridges through downtown Birmingham. A 1-mile section of I-59/20 downtown closed on Jan. 21, and will remain closed for approximately 14 months while the old bridges are demolished and new ones are built between the interchanges with Red Mountain Expressway and I-65. Demolition is expected to take approximately two months, but construction and installation of the new bridges will be going on at the same time.

Most of the bridges will be demolished using heavy machinery rather than explosives, but because this particular ramp was taller than the main interstate bridges, there were safety concerns about mechanical demolition.

“The concerns they had with trying to mechanically remove it were, the bridge was so high, and they’d have to put equipment on top of the deck, and they were afraid that could cause a safety issue,” said ALDOT East Central Region Engineer DeJarvis Leonard, according to the news agency. Heavy machinery moved in after the blast to complete the ramp’s dismantling. 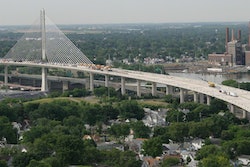 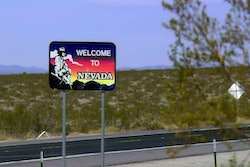