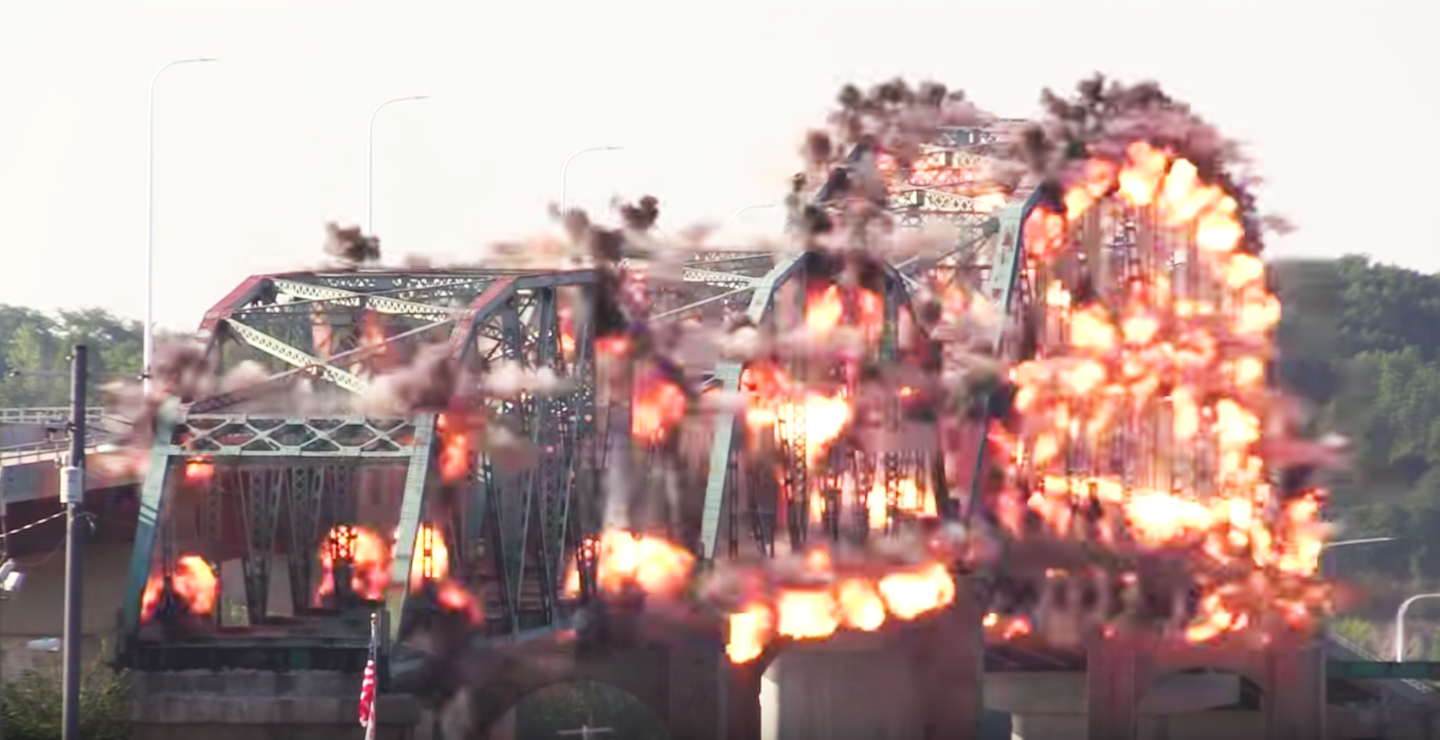 The YouTube video below shows the last piece of the old Route 89 bridge over the Illinois River in Spring Valley, Ill., being brought down with a bang on August 22, the News Tribune reports. It was the second, and largest, of two implosions that were required to take down the old green steel-truss bridge. The river was closed to traffic before and during the blast, and remained closed after the blast to allow construction crews to remove all the debris from the river.

The demolition of the old bridge was the final part of the $41 million project to build the new Route 89 bridge, which opened to traffic in June. However, the Illinois Department of Transportation (IDOT) told the news agency that more demolition work will be required to remove the concrete piers in the future.

IDOT expects the entire project to be finished by this fall.