The Oklahoma Department of Transportation successfully completed the largest ever bridge move and installation in the state’s history.

American Bridge Company was in charge of the project to move the 45-foot-tall BNSF railroad bridge structures from their construction site a quarter mile away and install them. The interstate was closed between I-44 and North 36th Street for three days starting January 26 for the project.

The bridge was moved in two parts, with each bridge structure weighing 2 million pounds. The structures were hoisted onto self-propelled mobile transporters and inched along up the highway into their new position over the interstate, according to ODOT.

ODOT says this is the first time the bridge-moving technique was used in the state. By building the bridge on an off-site area, the agency was able to reduce the number of closures to I-235 during the interstate’s two-year, $88 million reconstruction and widening to six lanes. 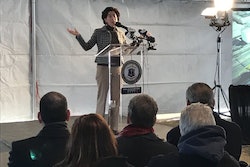 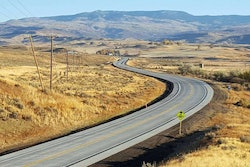