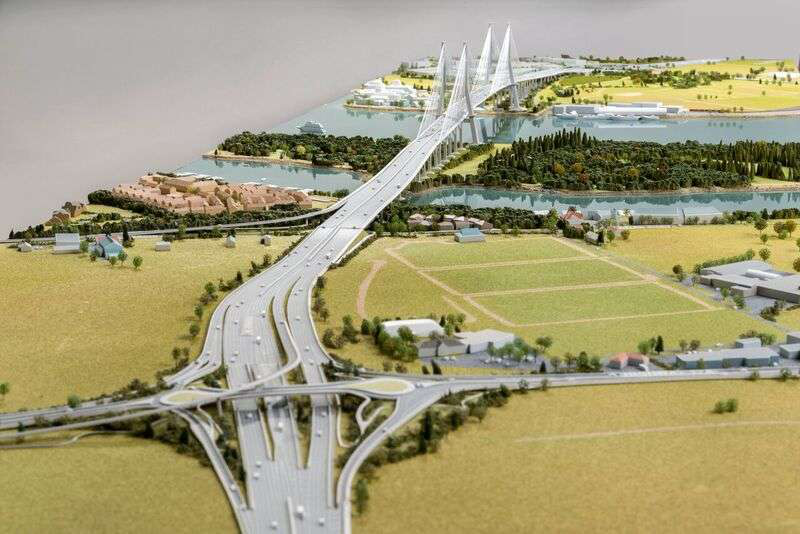 “After four years of consultation with First Nations, municipal and regional governments, and a tremendous amount of technical work, construction is underway on the George Massey Tunnel Replacement Project,” said B.C. Transportation Minister Todd Stone during the kickoff ceremonies, according to the news agency.

“This project will address the needs of our residents, the agricultural community, local business, commerce, and industry by aiding in the movement of people and goods throughout the Lower Mainland, while also improving the safety and quality of life of our citizens,” said Delta Mayor Lois E. Jackson during the kickoff, according to Kelowna Now. “This project is a testament to what can be accomplished when multiple levels of government work together for the benefit of all.”

Major construction is expected to begin later in 2017 with an expected bridge opening in 2022, after which the tunnel will be closed. This video is a rendering of what the new bridge will look like.