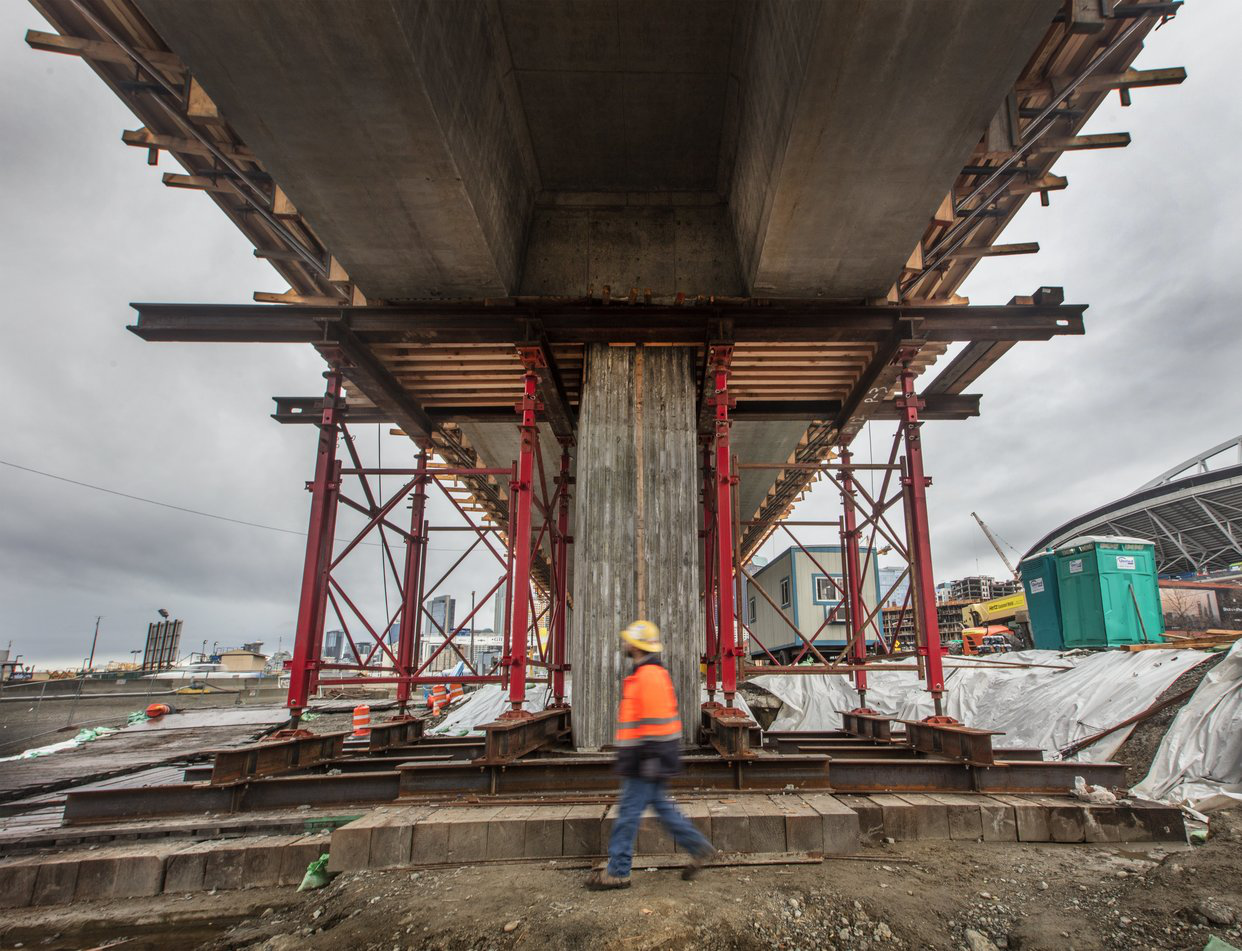 Photos and video courtesy of WSDOT.

The Washington State Department of Transportation is building an offramp from Highway 99 to South Dearborn Street in Seattle that has a flexible column designed to sustain so little damage in an earthquake that that it can be used immediately afterwards. The Seattle Times reports that it will be the first bridge in the world with a new type of column that flexes during the earthquake, and then snaps back to its original position.

“That’s a game changer,” Tom Baker, state bridge engineer for the Washington State Department of Transportation, told the news agency. “If this performs the way we expect, it will be a big leap forward in structural design.”

The project is based on research by Saiid Saiidi, an engineering professor at the University of Nevada, Reno (UNR), who has spent more than 30 years looking for ways to make bridges more earthquake-resistant. His research has been largely funded by a $400,000 grant from the Federal Highway Administration.

“The state of the art is to design bridges so that, under strong shaking from an earthquake, they do not collapse, so people don’t get killed,” Saiidi said. “I’m saying: What if we take this to a higher level, meaning that not only do we prevent collapse, but we make the bridge so that it doesn’t have to be closed to traffic?”

The key to the flexible columns is reinforcing bars made from a metal alloy that bends, then springs back, along with fiber-reinforced concrete that can also bend without cracking. The nickel-titanium “shape-memory alloy” (SMA) rods were coupled with conventional rebar in the tops of the two columns supporting the offramp. 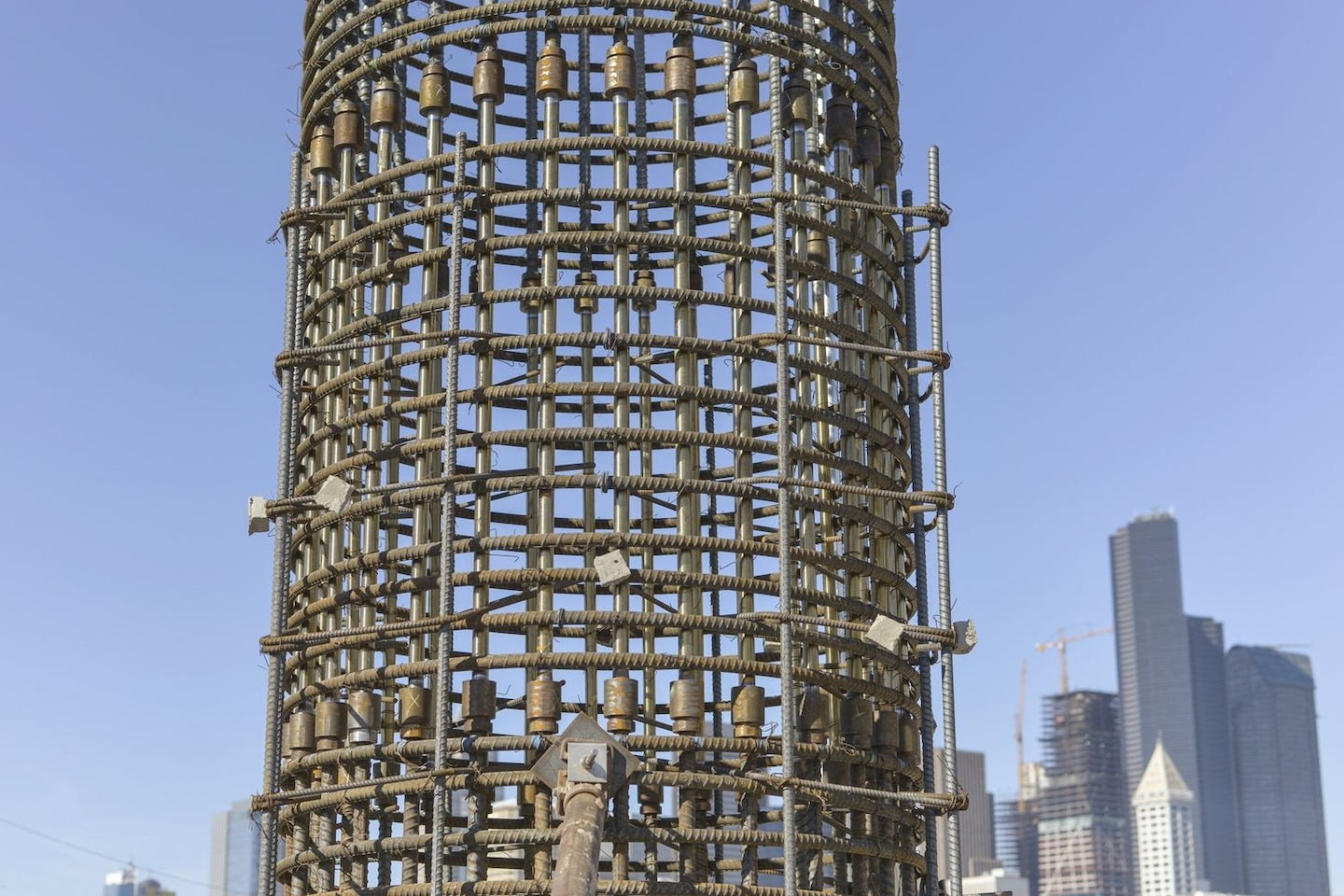 The design was tested when Saiidi and his colleagues built a 110-foot model of a similar bridge and rattled it on the shake table at UNR’s Earthquake Engineering Laboratory. Following the mock earthquakes, which buckled ordinary rebar and caused concrete to crumble, the columns built with the new technology were barely damaged. Saiidi is confident that the bridge will be able to withstand the shaking expected from a Cascadia megaquake or a quake on the Seattle fault.

The downside? Shape-memory rods cost 90 times more than conventional rebar, and the bendable concrete is four times more expensive than ordinary concrete. However, the materials are only used in the tops of the columns that are most vulnerable to earthquakes, so the innovations added only about 5 percent to the overall cost, Saiidi said. “You could come out way ahead by spending a little more in the beginning, knowing that if you have a strong earthquake, you don’t have to repair the bridge and close it to traffic,” he told the news agency.