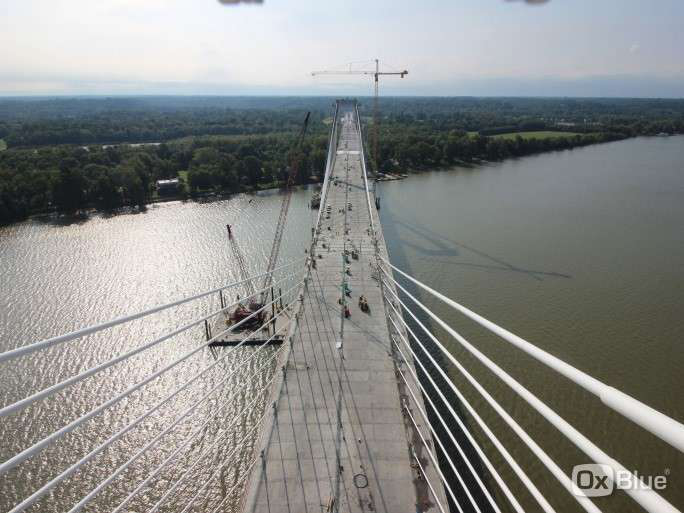 The video below, released by the Ohio River Bridges Project, shows time-lapse footage of the last three months of construction on the East End Bridge that began in the summer of 2013. The final bridge piece was lifted into place by a crane on Monday, August 29.

The 2,500-foot, cable-stayed bridge, which stretches across the Ohio River between Kentucky and Indiana, is scheduled to be opened to traffic in December 2016. The East End Bridge is part of the $2.3 billion Louisville-Southern Indiana Ohio River Bridges Project, which also includes a new Interstate 65 bridge between Louisville and Jeffersonville, Ind., as well as major highway improvements on both sides of the river.

The entire East End Crossing consists of the new cable-stayed bridge, a 1,700 foot tunnel, and 8.5 miles of new interstate connections. Crews are currently putting the finishing touches on the project on both sides of the river.