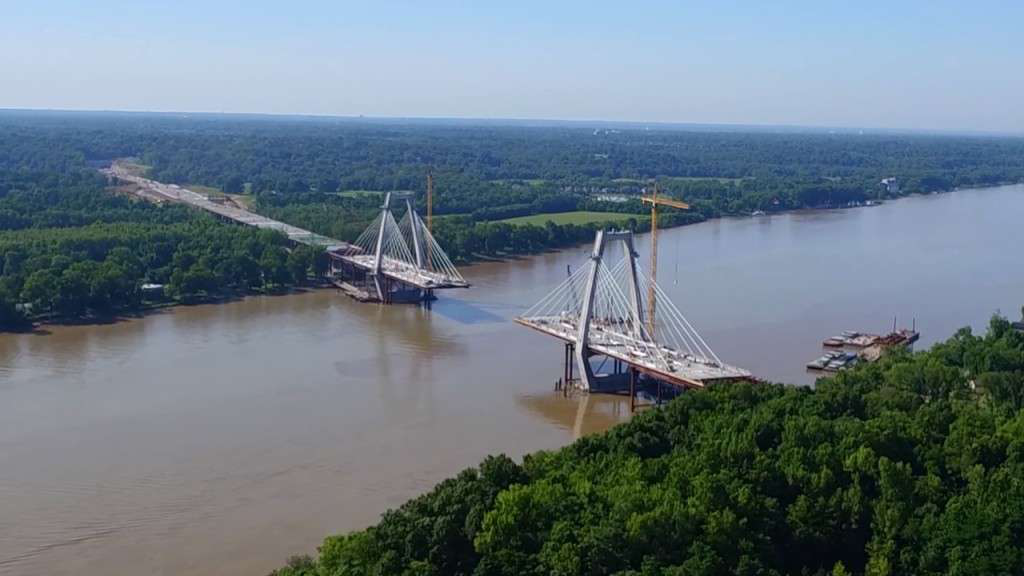 The drone video footage below from the  Louisville-Southern Indiana Ohio River Bridges Project offers a look at ongoing construction of the cable-stayed East End Bridge over the Ohio River, part of the East End Crossing project that began in the summer of 2013.

The project, which will connect the east end of Louisville, near Prospect, to southern Indiana, near Utica, is scheduled to be completed in December 2016.