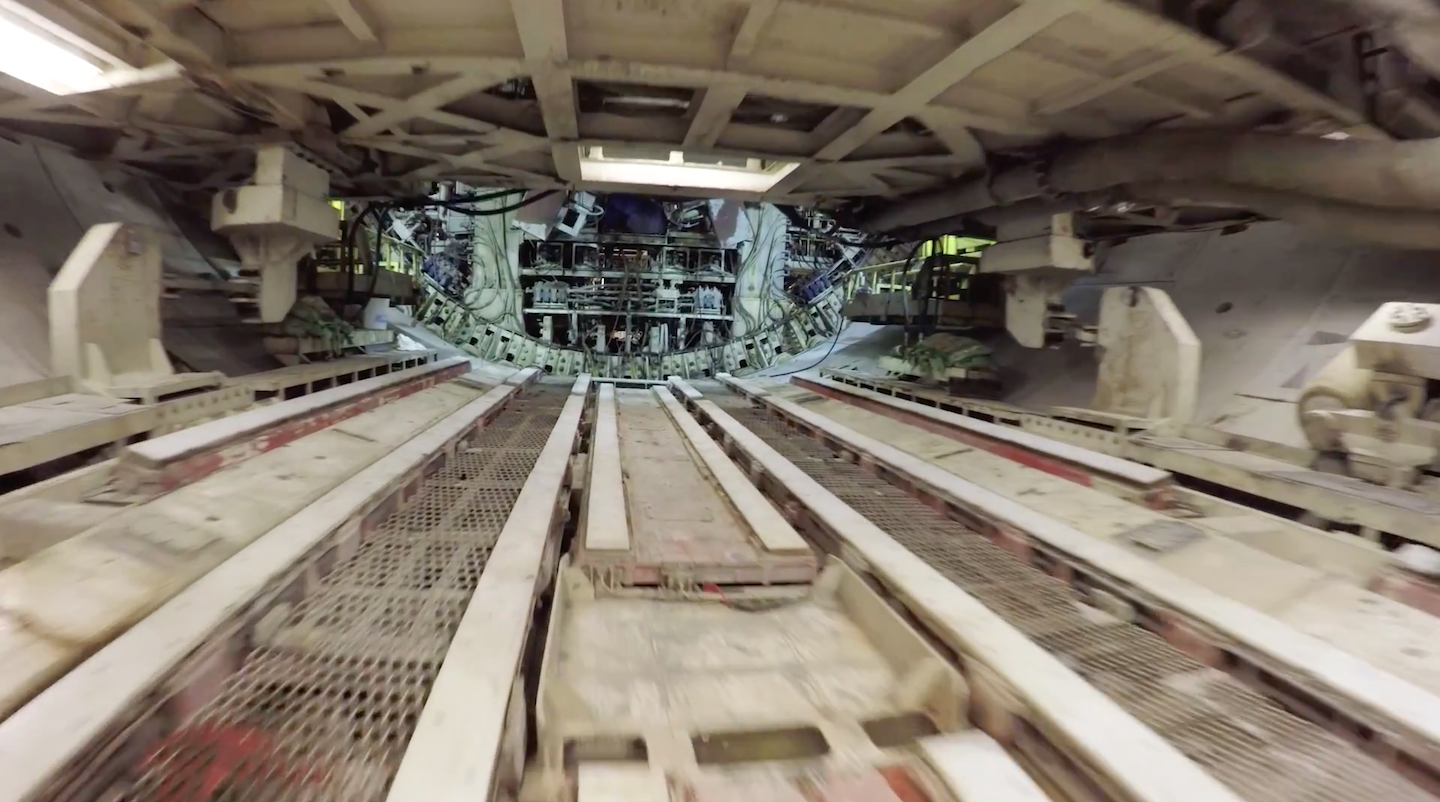 A drone flown by the WSDOT approaches the Bertha tunnel-boring machine during a fight inside the incomplete SR99 tunnel.

Bertha, the largest tunnel-boring machine in the world, is back at work once again and tunneling below the Alaskan Way Viaduct which its SR 99 tunnel will replace.

But just a few days before Bertha descended below the Seattle viaduct, Washington State Department of Transportation officials decided to fly a drone through the incomplete tunnel. The footage from the drone offers a great tour of the project and brings you face to face with Bertha herself. Check it out below.