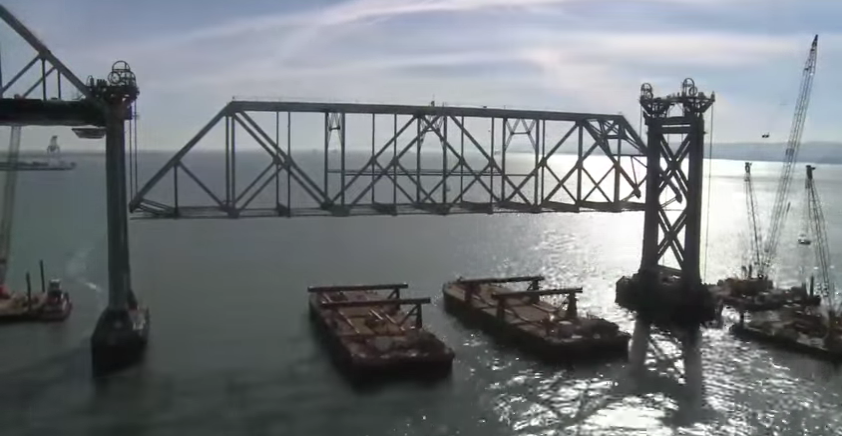 The California Department of Transportation recently dismantled a massive chunk of the old Bay Bridge in Oakland.

According to Caltrans, the department finished up a major project at the beginning of the month in its three-year demolition of the old Bay Bridge as it cut loose the 504-foot long, 2,500-ton steel truss and lowered it onto waiting barges.

The $140-million process of bringing down the bridge, built in 1936, is a lengthy one, with implosions last November and a series of more implosions coming October and November of this year.

“Last week’s truss lowering was a text-book example of good engineering and safe construction practices,” Caltrans Chief Deputy District Director for the Bay Area Dan McElhinney said. “And November’s implosion was a model of environmental stewardship that we would like to replicate as we finish the job of removing the old bridge.”


Get the business tips, industry insights and trending news every contractor needs to know in the Equipment World newsletter.
Top Stories