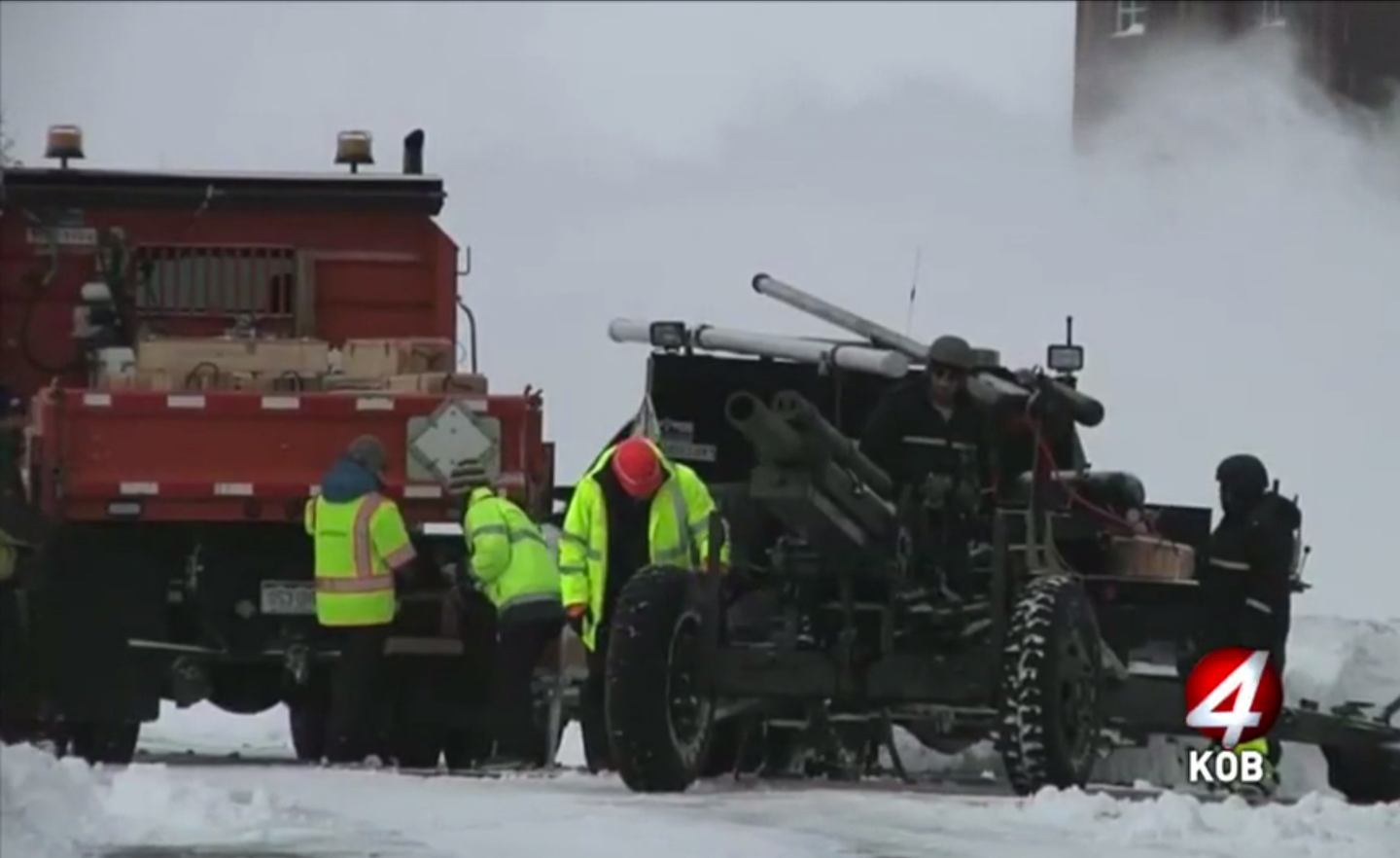 It’s a constant challenge for the Colorado Department of Transportation to keep roads and mountain passes clear from the torrent of snowfall the state sees each year. But CDOT has a secret weapon, and that’s not a metaphor.

KOB 4 went out in the snow with the transportation crews recently at Red Mountain Pass Safe and got to see how a WWII-era piece of heavy artillery is used to combat avalanches and prevent roads from getting too hazardous for drivers.

CDOT said one of the cheapest ways to help trigger controlled avalanches is to break out the 105-millimeter howitzer the department has on lease from the U.S. Army.

“In order to keep the snow from hitting the road at the worst possible time, we go in and do some mitigation ahead of time,” CDOT’s John Palmer said Palmer. “If we keep these paths knocked down as best we can with explosives, that means it’s less likely to come down in huge slab avalanches, which is one of the worst types.”

The impressive looking howitzer, on lease from the U.S. Army, fires off a 40-pound artillery shell that can travel a distance of up to 7 miles. When it hits its target, the shell’s charge causes built-up of snow to fall down the mountain at a time when a crew of DOT workers are there to get things cleared up fast.

“What we are trying to accomplish is keep people safe,” Palmer said.