Lafarge Tarmac’s new pavement can drain 15 gallons of water per minute. But there’s a catch

Larfarge Tarmac’s Topmix Permeable pavement has been making headlines the past couple of weeks with what appears to be an unquenchable thirst for water.

But it’s important to note that Topmix Permeable allows water to flow through its mixture, the very nature of permeable/porous pavements, which have been around for some time, and doesn’t actually absorb liquid. This is well known by paving contractors, but is the perception left by some of the recent articles.

What’s also known is that this type of product isn’t meant for high-volume roadways. In other words, it’s not a panacea for dealing with potential standing water on highways and interstates.

However, the product is ideal for where the company recommends its use — low volume residential roads and parking lots, bike and pedestrian paths, driveways and even road shoulders. There are other limitations, such as areas with what the company describes as having “heavy silt loads”, such as recycling centers and areas with sawdust stockpiles. And of course there is the fact that the sub-base underneath must be applied accurately. 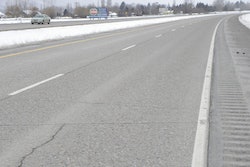 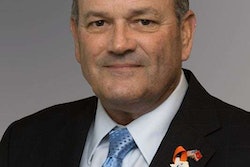 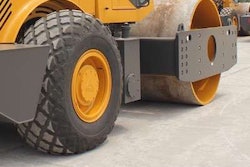