An artist from Brazil has turned cars driving down a New York highway into a musical notes to compose a song that follows the flow of traffic.

For his latest musical arrangement, titled “Cars on the Lanes,” Jarbas Agnelli used a video of one section of a New York City freeway, and assigned musical notes to cars as they pass by a streetlight.

“Since everything moves (from galaxies to atoms) and every moving pattern can be read as numbers or notes, then everything contains music. When we cross this with the human spirit, and combine those patterns in a pleasant way, we have the chance to transform them in art,” Agnelli said. “That’s the idea behind this project.”

Agnelli said he chose small loops in the footage of the freeway that would sound like an interesting musical number, and through trial and error, he created the song. The video shows the cars at first as just creating the lead melody, but Agnelli added loops of footage to fill out the tune with bass, drums, synth and claps.

Agnelli first did a similar project with birds sitting on power lines. He said that we was inspired by that project to create a musical translation of “random patterns of nature or mankind.”

Angelli plans to create more of these types of musical arrangements based on the patters of ants, fish, water drops and stars. In then end, he wants to connect all of the videos for a documentary that explains the process. 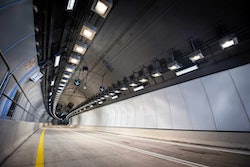 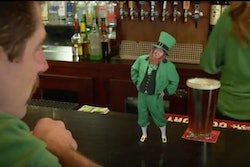 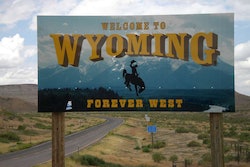